We were delighted to welcome Dominic Andradi-Brown from World Wildlife Fund (WWF) who inspired our KS5 maths learners with stories of his career as a Marine Scientist and they were intrigued to discover how maths and statistics form an integral part of his role. 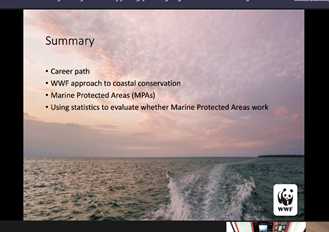 involved in conservation of the land and oceans was eye-opening.  Their work gave learners a better understanding of strategies underway to measure the environmental impact of humanity on the evolution of wildlife on the land and under water.

They learned not olnly about ocean life but the millions of different fish and the coral reefs, and the impact that humans have had on underwater life all researched and investigated by teams of marine biologists, SCUBA divers and sea-life scientist teams all around the world.

Learners asked Dominic questions about his route into the career and were given pointers and suggestions such as taking on local voluntary projects along the Thames studying local marine life. 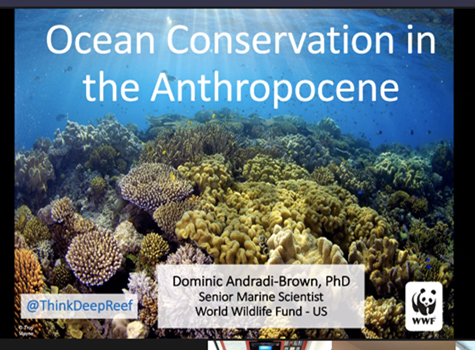