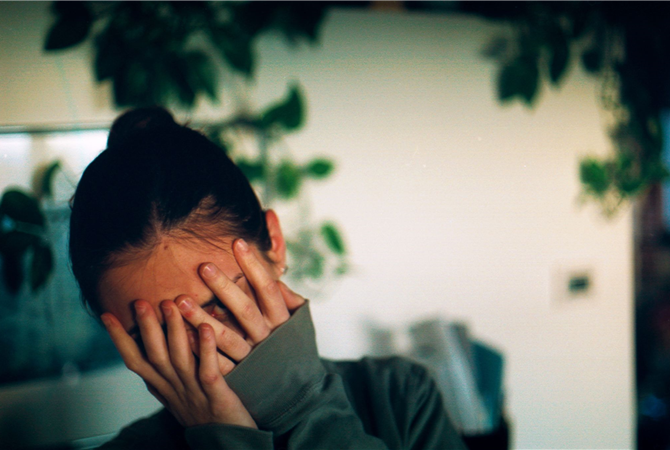 There is a certain order of things, it seems, when it comes to the workplace. There is a state of equilibrium, a ‘naturalness’ so to speak, that smooth’s over the bumps in the road and ensures that things progress easily. Fitting into the natural order of things should be easy. Simply follow the path most travelled, do what the “Romans” do (as they say) and above all “don’t stick your head above the parapet” no matter what you see or hear.

In many organisations there’s a way of doing things, an expected approach to life at work that helps us to maintain the ‘natural order of things’; what we might call our traditions. Workplace learning is supposed to help us find our place in this natural order and it should be a simple matter of doing what’s expected of you and not complaining. The simple rule is ‘do what I do” but remember that challenging this natural order could be more than ‘your job’s worth’.

The trouble is the natural order of things isn’t always right. There are times when we need to step in and make changes but before we do so we need to recognize that they need changing in the first place. For so many centuries imbalances have occurred in society (lots of different societies) and they have been eradicated. Slavery was abolished, women were afforded equal status but it took us a while (and many brave people) to realise these injustices and yet remnants still exist on the periphery of life. Sexist language and racist language is tolerated as long it is only meant as a joke. In fact jokes and generally banter seem to give longevity to ideas that should have died long ago. Antiquated and unsubstantiated ideas, such as thinness equals health or fatness equals laziness, have endured and, as Rossi and colleagues highlight, have moved from the centre ground to the edge of acceptable behaviour. They are not acceptable in public but certain environments they seem to be permissible. Yet how can it be wrong to discriminate against someone because of his or her race, gender, size or the way her or she dresses and yet it’s ‘OK’ to make a joke about the very same thing?

The big question/idea that emerges from and underpins this week’s chapter (and therefore blog) is that of subjectivities. If something is highly subjective then we consider it to be distinctive, individual, and a matter of personal interpretation. It is, in short, inherently personal. There is no right answer to some questions. When we are asked about the quality of a piece of art we make our own minds (although we might be swayed by the price tag). Why? Because subjectivity is not a measurable thing and nor is it visible. It is internal and not external and yet it has a huge impact on ‘who’ we are. At least it would if we acted on or expressed our free will and did whatever we wanted.

There are consequences of free will (at least it expressing it) and there are constraining factors. In most cases you would hope that these serve to keep our subjectivities bound by our overriding desire to do right by all people and yet at times they make us act in ways that shape our very ‘selves’.

There are times when we need to step in and make changes but before we do so we need to recognize that they need changing in the first place.

Very little “is known about how emerging teachers are affected by their participation in staffrooms in terms of their sense of self and their emerging identities and subjectivities” and yet this chapter suggests that this is something we should know more about. How would you feel if you held certain beliefs and yet were required to ignore or overlook them on a daily basis? How would you feel if everything you ever thought about in terms of physical education was either supported or alternatively undermined in every interaction you had throughout the working day?

I am guessing that if your thoughts, opinions and subjectivities were supported everyday that you wouldn’t really notice anything out of the ordinary. I guess you would just imagine that everything was right with the world and you would go on doing what you had always done. But what would happen if you had your subjectivities challenged everyday? What would happen if the ideals you held up as right were laughed about and belittled? What would happen if you were painfully aware of your own perceived shortcomings and yet you had to be able to take a joke about them or ignore them for the sake of your future employability?

Rossi and colleagues suggest that many emerging physical education teachers are required to adopt an array of identities or “multiple selves” e.g. the strategic, the compliant etc., in order to be legitimized as a teacher of physical education. To do this, pre-service and beginning teachers need to win a little power, credibility and influence through their actions and interactions. They need to engage in “sports talk” and ensure that “how one looked” measures up to the expectations of the job. They need to manage the “impression” they make and therefore perform and reproduce traditionally held ideals around sport, gender, and body shape (thinness and/or being “buff”). In other words they needed to be deemed worthy of carrying the mantle of the subject.

Some teachers in the study – for example a high-performance rugby union player – consciously and deliberately used their status to get closer to certain members of the staffroom and enhance their own practices in areas they thought were weak. Others, unable to fit in, found ways to be legitimately ‘absent’ from the physical education department whenever they could. This was a dangerous game because such absenteeism might have been construed as an “act of defiance or more accurately resistance” but it was better than remaining in that space.

Resisting the dominant culture and “speaking back to it” are very difficult things to do - especially as a new teacher. Yet many of the reported actions of physical education staff in placement schools go against the inclusionary ideals that most of us hold so dear and which dominate our personal subjectivities (just see Ross’s response last week). Indeed, Rossi and Colleagues suggest that these actions are the “antithesis of the programme our participants were in or had graduated from”.

Some participants saw no need to ‘talk back’ and were clearly comfortable with the position they were asked to adopt. To this end, and as the authors argue, this acceptance simply serves to replicate current practice in future practice. Nothing changes or evolves. Others were thwarted when they tried and resorted to other tactics. When female participants asked colleagues to refrain from “sex-related banter [they] were routinely ignored and the only line of action available to them was to leave the staffroom”. Some did this physically while one woman simply put her headphones on and did her work. Yes, she remained in the room but she adopted her own form of absenteeism.

Fundamentally there is often a gap between our personal subjectivities and our practices. In writing this blog I am regularly left to question how I dealt with a particular problem or issue in my own practice. I am sure I let a few to many things slide and I wonder if I do that still when I visit schools and engage in the staffroom ‘banter’. Do I engage in (and therefore condone) the same types of conversations? I think I have more understanding now and would stick to safer ground but I would have liked to see Rossi and colleagues make the same concessions. What do they do in the same situation? If I had one criticism of this chapter – perhaps the book - it would be that it is too outward looking. I know the objective of research is to try and look at the findings but in this case how do we question practice in teacher education as well as teaching? There was/is an opportunity here to explore both environments a little more and even some anecdotal tales might have enriched the critically of the discussion.