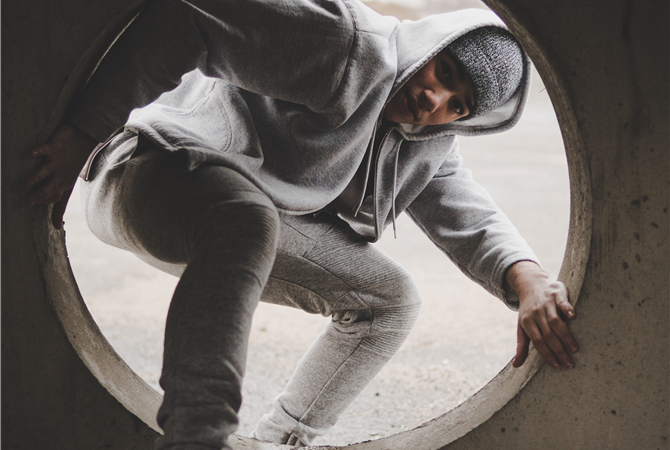 Put differently, action research is done by a person or people in their own environment in the hope of improving their practice, their understanding of their practice and their understanding of the environment in which they practice. Significantly, action research is not about what that person normally does, its focus is on problem-posing not problem-setting, it isn’t done on other people nor does it treat them as objects. Instead it is about helping people to improve (often ourselves but not always). It isn’t a scientific method so don’t use it to set hypothesis and test them.

Fundamentally, it’s about improving learning and changing from within.

In my case it was about changing my teaching (and ultimately my coaching but I didn’t know that at the time). I first encountered action research in the early Noughties (about 2003) and, to be frank, didn’t fully get it. I treated like any normal research approach and, on a scale of “not at all” to “brilliantly”, probably did it OK.

I was doing my Masters’ degree at the time and was looking at changing my practice. It was the start of my journey to a multi-model curriculum (although I didn’t know that at the time either) and I was starting with Sport Education. As I’ve written elsewhere the Sport Education part of it was a disaster. My Head of Department didn’t like the approach at all and pulled the plug 5 weeks into a 14 week season. But that’s OK (well it is now after lots of therapy) because I learnt quite a lot about me, my practice and my environment. The daily and weekly trials of trying to run Sport Education in a somewhat pedagogically hostile environment had a profound effect on my practice and my resolve to continually improve. I wanted to improve by learning and changing from within. I just needed to find other ways of doing it.

Ultimately, I focused on developing, testing and critically examining the actions I took in my own pedagogical spaces and action research really helped. The failed Sport Education unit is a classic example of how my drive and desire to change meet with a brick wall. I had read about Sport Education and wanted to try it out for myself. The intention was to be better but that wasn’t the case – at least not in this instance. But that’s fine. Great actually. We shouldn’t always assume that when we see or read about someone doing something ‘great’ that it will work in our practice or in our environment. If action research (or any of the approaches that get discussed in this blog) can help us see that then it’s done is job.

It’s important to note that action research isn’t one thing. You can’t follow it formulaically and get to an answer. Lots of people have interpreted it in different ways. For Me. I’m all for simple and I follow Kurt Lewin’s original idea for ‘actioned’ research. Like him, I see it as a cyclical process with five sequential objectives.

1.   Think – and identify a general problem or idea

2.   Plan – and settle on an initial way of approaching the general problem or idea

3.   Act – and teach the first lesson/session

4.   Evaluate – using observation or data gathering tools, seek to understand how you act impacts learning and how this impacts on your general problem or idea.

5.   Reflect – on the action and the learning it stimulated. Gauge the strengths and weakness of the plan and allow yourself to begin to re-think the problem a little (if needed) - which is step 6.

From reflect comes the next cycle i.e. re-plan, act, evaluate, reflect and re-think. This can be done as many times as you want.

Another consideration is that action research doesn’t exist on one level. It’s fractal (i.e. similar patterns recur at progressively smaller scales). Put differently, and using my action research process as an example, I had my whole PhD study as a cycle but I also had units of work and individual lessons and each used the same cyclical process with five sequential objectives. In this way it was cycles within cycles and no cycle was restrained by depth or time. In other words, my lesson cycles fitted in to my unit cycles which, in turn, fitted in to my PhD.

One of the key elements of action research for me, and the reason I kept and keep using it, is knowledge is fed directly into action. It isn’t about hunches or ‘teacher sense’ it is about gathering data, evaluating and reflecting on practice and then using that new knowledge to change my actions.

A second key element for me was that it stopped me trying to present myself as a fully trained teacher. I wasn’t foolproof, my knowledge wasn’t watertight and the subject area hadn’t stood still for my entire career. I was fallible, things changes and evolved and there wasn’t one answer. Stenhouse (1979) argued that when we present ourselves as all-knowing we give the learners in our care a false impression of learning. We tell them that learning is a fixed entity and that there are set conclusion and end points rather than voyages of discovery.

In bringing this to a conclusion it’s worth thinking about who might do action research, what is it that they might be doing and why they might do it.

Who = Someone native to the field

Why = to improve practice and have practitioners who are self-reflective of their social situation, focused on improving practice, and who act ethically.

Lawrence Stenhouse (1983) wanted action research to be a “process of making public the systematic inquires of teachers in order to affect other teachers, but also the larger educational community.” Thought of in this way, action research becomes a way of collecting together ideas and seeing how they inform practice. It is self-reflective and ethical but it also speaks to others and helps them to inform their future practice. It is about seeking to be the best practitioner possible but understand what they practice is and does and how it responds and is dependent on where we work and who with.

So my challenge is think, plan, act, evaluate and reflect and see where it takes you.