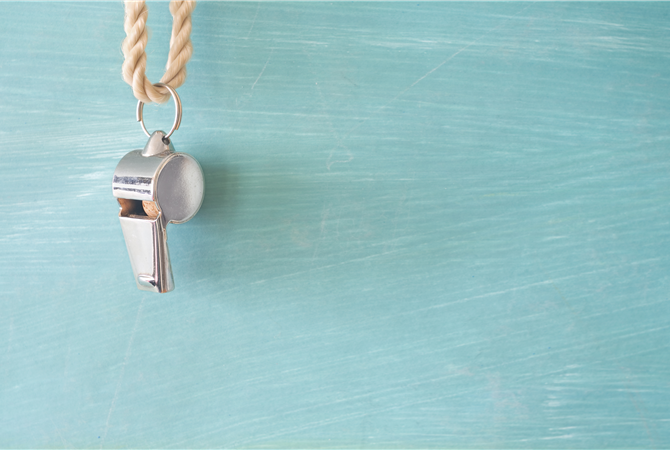 I spend a lot of time each week trying to imagine apt, and hopefully, interesting titles for my blogs. That said, this week’s may be a little obscure. Therefore, in order to understand the title of this week’s blog, you’ll need to know three things.

One: This week’s title is a play on Dr Seuss’s book “Fox in Socks” which I used to love reading to my kids when they were younger.

Two: A Telly box, according to the urban dictionary, is slang for a box shaped TV. For those of you who have only ever known flat screen TVs, this image may mean very little to you. However, to those of us who grew up with a mixture of black and white and early colour TVs, the use of Box (dropping the Telly) for a TV is very apt.

Three: While the use of Jocks probably takes little or no explaining, the urban dictionary (again), just for clarity, defines a jock as “a young male whose entire life revolves around proving that he is superior to everyone else, hence, the involvement in competitive sports.”

While that suggests that this week’s blog is about sporting young men on TV, I ask for a little leeway and poetic licence. I chose the title because I feel that stereotypical portrayals of PE teachers in the media attribute similar attributes (or a distinct lack of them) to all teacher regardless of gender and, as such, jock (in this blog) represents any individual “whose entire life revolves around proving that they are superior to everyone else at sport.” Besides I really liked the Dr Seuss analogy and wanted to use it.

So, what is the stereotype of Jocks on Box? When I think about PE teachers in the media, I can’t get much beyond Mr Sugden and Coach Sylvester. Both characters stand out as examples, in the truest sense, of ‘what not to be’ and yet typify popular media parodies of the PE teacher. Mr Sugden, so ‘wonderfully’ portrayed by Brian Glover in the film ‘Kes’ is kindly described by Wikipedia as the “overbearing sports teacher” who forces the title character to take a cold shower. Sue Sylvester, of Glee fame, is a sadistic gym teacher obsessed with shutting down the school's Glee club. Both are essential to the storyline and yet bare little or no resemblance to the PE teachers I knew or know.

The core problem is while Mr Sugden is the product of the 1950s and 60s, Coach Sylvester, the product of a different century and a different country/continent, shares far too many traits with her Yorkshire counterpart. The stereotype hasn’t changed and has, if anything, mutated into the accepted mould for the PE teacher.

The sadistic, win at all cost, manly lesbian/mans-man of a teacher is so far off the mark and yet it’s how the world comes to see the profession. This can’t be right and yet we are forced to endure it – and the jokes of others – for our profession. How many people are put off by these stereotypes? How many kids learn to hate PE not through our actions but the actions of a Mr Sugden or a Coach Sylvester? If it’s one, it’s too may. But what can we do? We must ensure that PE is a safe space and a welcoming space and that’s my charge to you and me. Go out and make our subject great in every way it can be great.

McCullick, Belcher, Hardin and Hardin opened their paper by arguing that the popular (but perhaps unpopular would be more apt) image of physical education (PE) teachers is not pleasant. They stand on a par with the drill sergeant and, in the same vein, shout, belittle and instil fear in those who fall under their shadow. Popular opinion certainly paints the PE teacher in this light, and it seems to be the shared experience of many for while the gymnasium, athletics field and locker/changing room is a place of safety for some, for others it’s where the nightmare began.

Such is the characterisation of the PE teacher in the media that you can probably name the PE teacher stereotypes McCullick and colleagues reported: (a) the fitter than average, (b) if female, quite masculine and probably a lesbian, and (c) intellectually challenged. Above all the PE teacher is “lightly regarded” in popular media.

Digging further they argued that such a portrayal of PE teachers does little to serve the profession and inevitable affects attitudes towards PE. Reporting on a NASPE survey in 2000, the authors highlight the finding that indicated “5% [of respondents] found nothing to like about physical education.” Developing this argument, McCullick et al. drew on an article in a popular teen magazine to suggest that the (un)popular opinion of PE teachers was they were brutal. “Although there is no evidence to suggest that brutal PE teachers are an actual shared experience for most adolescents or a real memory for most adults, the stereotype of physical educators as heartless taskmasters—always asking for yet another sit-up—is a real one, embedded as much in American popular culture as the stereotype of the ‘dumb jock.’”

Physical education teachers and coaches are the same: No clear distinction between teachers and coaches is made in the movies. Firstly, the PE teacher is often seen to lead athletics practices during lesson time i.e. during the school day. In other situations, the teacher is shown to lead formal practices and encourage full sided game or, conversely, stand silently and watch a lesson. Thirdly, the choice of language – the example given in ‘move it, lard arse’ – has no place in physical education (although, unlike the authors, I would also argue that it has no place in coaching either). Finally, the teacher was often seen dressed in sports uniform/kit which is not ‘normal’ dress for a PE teacher. The lack of distinction between teacher and coach, McCullick and colleagues argued, has long plagued the profession and has led to problems in recruitment and identity.

Physical education teachers do not teach: Any type of teaching, let alone a good example, is missing from the movies. When students are shown in PE they are often seen to be doing something that is developmentally inappropriate. When the teacher is shown he or she is either “cheering, chiding or deriding.” Consequently, while teaching occurs in movie schools it doesn’t occur in the gymnasium. The teacher is portrayed as a taskmaster, they call out the “cadence for calisthenics or belittle a student for not performing to the standard” but are “clearly ignorant of the basic athletic principle: ‘pain does not necessarily equal gain.’”

Physical education teachers are bullies: The use of punishment exercises, inflicting physical pain and belittlement are just some of the examples of bullying that McCullick and colleagues found. Additionally, they argued that not only do PE teachers bully, but they also condone bullying and support the fallacy that pain and physical violence are a rite of passage.

Women and men physical education teachers are portrayed differently: three subthemes indicated that “female teachers were marked with a representation based on perceived sexual orientation—as ‘butch’ lesbians; men were characterized as hormone-raging heterosexuals; and males were also were portrayed as buffoons.” The portrayal of a female PE teacher as shabbily dressed and cruising the new girl is a clear example of movie stereotyping, as is the representation of the male teacher who just talks about chicks. The buffoon is another stereotype that sees the male PE teacher lacking leadership qualities and of lower intellectual aptitude.

In concluding the paper, McCullick and colleagues argue that while these types of teachers may well exist, they are not the norm. As such, they should firstly, be categorically rejected. Secondly, and after due consideration, they should be recognised “as stumbling blocks to accurate perceptions of physical educators and education.” For example, the perpetuation of myth regarding sexuality (either lesbian or straight and hypermasculine) run the very real risk of deterring potential teachers from the profession due to fear of stigmatization. Furthermore, belief in Tinseltown’s portrayal of PE teachers might lead misinformed administrators to cancel programmes due to the perceived ineffectiveness of their teachers. Whatever the outcome we need to be wary of cinematic depictions of physical educators and be prepared to advocate for our subject. We certainly can’t rely on movie makers to do anything but disparage and ridicule our peers.