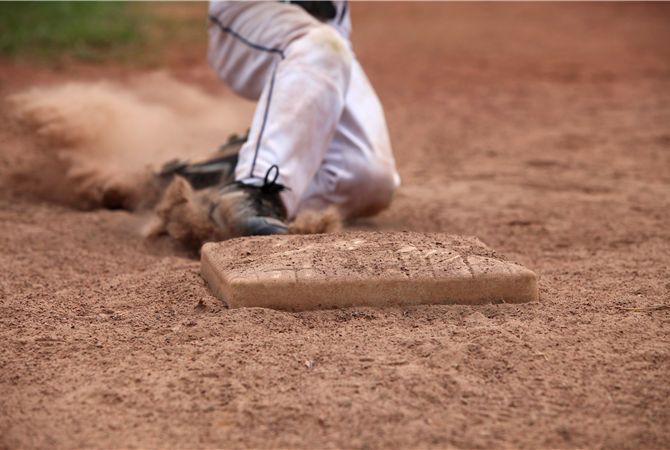 You know the situation. New timetable, new teaching group, new subject content area (maybe even a new school) and you’re left feeling that you don’t quite know as much as you want to know. One of the most frequent examples of this is teaching things that are out of our comfort zones such as dance or yoga. Personally, my biggest memories of the challenge and difficulty of this (outside of my decision to adopt student-centred pedagogies such as Sport Education, Teaching Games for Understanding (TGfU), and Cooperative Learning) was when I chose to bring water polo into my teaching.

At ‘my’ school we had a swimming pool (one famously built by the staff and pupils during the First World War) and a strong tradition of swimming on the timetable but I wanted to develop our offering by bringing in some water polo. We had a number of strong and developing swimmers who didn’t always thrive in land-based games and yet their ability in water was such that I felt they would benefit from some water-based games on the curriculum. The problem was, outside of one water polo session on my PGCE, I had never played the game and barely even seen it being played. This distinct lack of ‘know-how’ put me initially at a loss as to how to proceed and nearly kyboshed (put an end to) my plans from the outset.

What swung the balance in the end was my willingness to go the extra mile, to find resources (which in those pre YouTube days meant buying a video and a coaching book) and my knowledge of invasion games. Indeed, out of all the ‘tools’ I had at my disposal this related invasion games knowledge was the most significant. The fundamentals– progression, possession, and scoring – are near universal in invasion games. The names of the skills– shooting, dribbling, and passing – and their intentions are very familiar from games such as basketball, football and hockey and while these don’t take place in water they are certainly transferable.

However, for me the skills didn’t take place in water because I was the teacher and I only ever got wet if I got splashed or needed to enter the water for any unforeseen circumstance. This meant that I had to ‘translate’ one game into another and shift my experiences outside of water polo to this unfamiliar, and yet somehow also familiar game. I think we managed this quite well and the arrival of an Australian gap student a year later with a background in elite swimming and water polo certainly strengthened my understanding and enhanced the curriculum. That said, the transfer of practice from one area or experience to another is a key aspect in the way in which we understand new ideas and is as, Kirk and MacPhail argue, one of the key facets of games learning and game understanding that we need to focus on.

I guess what I’m saying is we need to think outside our own boxes and expand our own notions of what our specialisms are. I used to see myself as a rugby player and a cricketer, but those days are long gone. I am, fundamentally, a problem solver and that means applying my past experiences and broader knowledge to new situations. So many people are doing this and children – the learners who work alongside us – need the opportunity to apply the old to the new and reconfigure their knowledge and understanding for new purposes.

It is clear from reading for this blog that pedagogical models generally and TGfU specifically, have provided a lot of new thinking to the field. That said, it is not my intention to revisit the TGfU model. Instead I hope to pick out some of the new ideas and suggestions that emerge from this week’s paper.

Kirk and MacPhail’s paper set out “to retain, examine, and modify the original TGfU model” and explore the broader social, cultural and physical learning that the model can promote in games teaching. They did this, in the first instance, by challenging the traditional ‘divide’ that exists in thinking about learning in physical education as being either cognitive or physical. In other words, they asked why tactics, strategies and technique are so readily divided. The example they use to highlight and challenge the traditional knowledge divide is drawn from youth baseball but could be applied to many different situations.

As a reader we are asked to imagine a group of children playing baseball and the ball is hit out, along the ground, to one of the children. She fields the ball but knowing that she’s not very good at throwing and the first base isn’t very good at catching, the fielder opts to run the ball into first base. Regardless of the result of this ‘unorthodox’ response to an in-game situation it is both physically and cognitively driven. The ‘correct’ response would have been to throw the ball but prior learning about the game and her part in it led the fielder to trust her feet and not either her arm nor first base’s catch.

This decision making, Kirk and MacPhail argue, originates from the fielder’s growing expertise in baseball. This expertise, they argue, can be constructed as declarative knowledge (concerning facts such a game rules, aims, terminology, and etiquette), procedural knowledge (used to generate actions such as how to get past a player in a 1v1 situation), strategic knowledge, and technique or movement execution. In short, all of these “elements of knowledgeable performance in games can be summarized as “if-then-do”…a relationship [that] is not nearly as straightforward as it sounds.”

Returning to the baseball example it is easier to see the decision-making process that occurred for the fielder in the “if-then-do” phase. She is trying to “sift the important information from all the other information available in the environment, and to do this quickly and accurately.” It is this active engagement with the environment that led Kirk and MacPhail to consider the situated-ness of learning in physical education. They argued that it is the active engagement of the individual in the environment and the interplay that occurs between people, rules and objects that makes game play legitimate. By decontextualizing this social relationship – the relationship between the passer, defender and receiver – learners become disassociated from the “if-then-do” knowledge that they need.

Kirk and MacPhail argued that to make this more prominent in the TGfU model the ideas of emerging understanding, cue perception, technique selection and legitimate peripheral participation should be added to the model.

Emerging understanding is added to “provide teachers with a point of focus for helping learners make the connections between the purpose of the game and the game form.”

Cue perception is not taught automatically and yet it might be a “key factor linking game concept, thinking strategically, and decision-making.”

Technique selection “can be understood to refer to a process of reflection on the appropriate techniques that are actually available to the player and the player’s knowledge of which technique(s) he or she can execute with confidence (see the baseball example).

Legitimate peripheral participation points to “authentic learning experiences that are valued by themselves and other members of the community of practice.”

This week’s blog therefore suggests that we need to provide learners with experiences that are situated within games and that learning in the physical and cognitive domains should be on par with one another. In the paper Kirk and MacPhail used an example of baseball to exemplify how this might occur. I challenge you to consider a situation when this has or might occur in your lessons and then what you would do in this situation to develop students understanding.