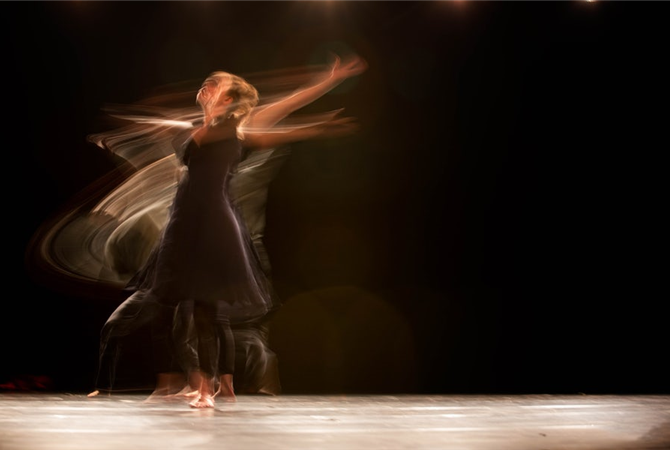 
In the previous blog I explored the work of Sine Agergaard who examined the inconsistency between what is said and done in the name of physical education, both in our formal and informal interactions. It became evident from the number of the responses to the blog (which were very informative and to which I would divert anyone who has yet to read them) that our community feels that in practice physical education seems to increasingly resembles some of the principles of sport. This paper builds upon the previous blog suggesting that in seeking to end the fallacy of the ‘dumb jock’, i.e. the place of the PE teacher on the margins of the school with a ball as a curriculum, we have increasingly moved towards a scientific justification and delivery of the subject.


My ‘take home’ message – the implications of the research on practice

The rise and rise of science in physical education is no better represented than in the increase in the importance of assessment in physical education. Everything has become measurable, be it in high stakes testing in the US and Canada or the increased prevalence of examination physical education in Australia, New Zealand and the UK. Anderson argues that while the place of science at the heart of physical education is not all bad, the division of movement into units of assessment has resulted its itemisation into fundamental activities and actions. Such activities and actions then become definable in a general senses and through general rules. This, he believes is wrong and argues that there should be a balance between celebrating the human quality of movement and not just comparing it to, or holding up against, models of perfect performance for consideration and evaluation.

In reading this I am reminded of the episode in Friends where Phoebe is seen running with a reckless abandon that ‘embarrasses’ her friends. Her unconventional running, when held up against the accepted style, is criticised and then avoided until at last it is celebrated and mimicked by Rachel (until she runs into a police horse). This, in the eyes of Anderson, is the humanistic notion of movement and is what needs to be celebrated in physical education. It is not that Phoebe needed coaching but that she was enjoying the opportunity ‘to move’. I wonder if we have lost this a little in physical education and am concerned that we are seeking the correct movement before we have developed a love of movement itself. A concern of mine in the UK is that perhaps we have surrendered our movement spaces (in mandatory/core PE) to the science of movement. General Certificate of Secondary Education (GCSE) classes (an examination in physical education for 14-16 year olds) are frequently being timetabled in these spaces and children’s opportunities to move have been replaced by high status examinations that please head teachers and grant our beleaguered and beloved subject respectability and redemption in the eyes of other departments and parents. Even when these space are filled with movement we assess. We do this through the national curriculum attainment level outcomes (which are often given at end of a 6-8 lesson unit) or scoring students on a ten point scale for their performance in Edexcel GCSE . This division of moment for assessment in GCSE is further exasperated when we are asked to use a frame of reference for giving grades (provided by the examiners in DVD form) and are then required to provided the examiners with video footage to justify grades in unusual activities such as skiing and horse riding. I wonder though, if in doing this, we have turned away from the humanistic aspects of movement and replaced them with the hard science?

Anderson argues that in securing the future of the physical education in universities the subject (in its new guise of kinesiology) embraced the ideals of science and appears preoccupied with assessment. Consequently, the humanities of movement (what he defines as “the features of movement experiences that generate, disclose, or develop personal and social meanings and virtues”) have been marginalized in our efforts to tell the story or account of movement (which is the Greek definition of kinesiology). He argues in gaining respectability amongst our peers in education through the adoption of a scientific process we (i.e. physical education) have made the assumption that science is more academic and intellectual than movement and therefore more deserving of a place in a university. Secondly he argues that “a scientifically-focused program” is expected (wrongly in his opinion) to produce units and kinds of knowledge that can be applied generically to different types of movement. In this way, kinesiology becomes a functional concept that might be reconceptualised as a means to aid any mover to become a bigger, faster, stronger athlete who recovers better from exercise and injury. In other words it reduces human movement to a quantifiable and repairable mechanical process in which persons become subjects for study.

In many institutions (Anderson argues for universities but I would also suggest this occurs in some schools – especially as almost all teachers are now graduates of kinesiology courses), physical education programmes have been marginalized to a point where the “dumb jock” syndrome remain persistent and pervasive and where games and play is seen as nonacademic, nonintellectual, nonartistic and fundamentally nonessential. Anderson argues that the modification of physical education towards kinesiology (and therefore an account of movement rather than movement itself) has served as a means of increasing respect and redemption, but at the cost of the physical aspects of physical education.  Anderson has argued that that any course in the study of movement has come to be seen as “just a gym class” which is a nuisance rather than an important aspect of a college education. While this might not seem to be as relevant to schools, I would argue that the increased prevalence of sports science in school physical education, and the prestige that comes with its teaching (as opposed to core physical education and movement studies), is an indicator of kinesiology effect on our schools.

However, Anderson doesn’t seek to deemphasize the importance of kinesiology science. What he does argue though is that the honouring of science should not come at the exclusion of the humanities of movement. To do this could have disastrous consequence. Anderson feels that in our inattentiveness to the “creative and disciplinary features of movement experiences” we allow ourselves to forget the important personal and social meanings that we are attach to the same movements. Drawing on the movement of extraordinary performers Anderson holds that while science could study them in terms of general laws and descriptions in doing so it misses the individuality, the humanity, the uniqueness of the particular person – which in itself should not be definable by statistics, laws and descriptions. Taking this argument to an extreme Anderson argues that we are in danger of reducing everything to a set of causes in the context of general principles of law.

Anderson fundamentally believed that some features of the world and of movement should be free actions that are “up to us.” He believed that if kinesiology (and by implication physical education) is to be fully redeemed, science needs to be complemented by the humanities of movement i.e. the traces of discipline, practice, intention and expression that are evident in the movements of a Rudolf Nuryev, Olga Korbut or a Nadia Comaneci. Gym classes must once again become sites of the possibility of human movement where the direction of human excellence is “up to us.”

As part of this series of blogs I propose the following as a way of considering the implications of this research - Think, Act, Change (or TAC for short).??


Think about findings of the paper – do they resonate? Use the associated discussion board (same title) on PEPRN to ask question, seek clarification, may be challenge the findings.?
Act on what you’ve read. Maybe talk to your students about their perceptions or raise the issue at a department meeting or on the walk back to the changing rooms.?
Change what you do in response to your thoughts and actions and then let the community know about it.? ?