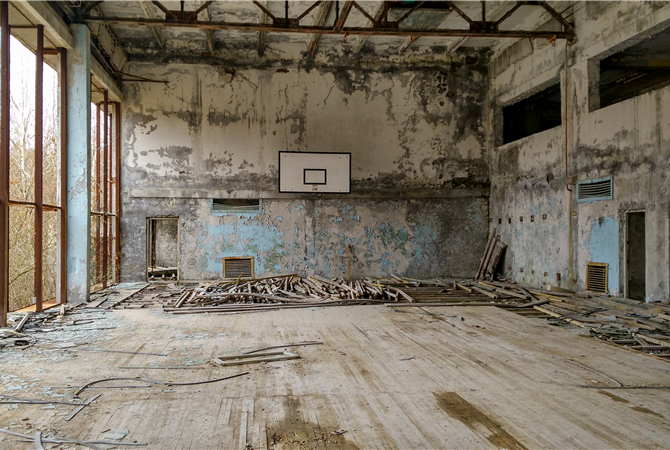 Two week's ago I explored Gard and Wright’s 2001 paper which challenges the wholesale acceptance of “obesity” as an epidemic. They were concerned with what they see as physical education’s uncritical acceptance of ‘expert’ testimony as to the existence of obesity - testimony they believe to be based on scientific evidence that was both “unstable and contestable”. The resulting conversation on the blog, but more particularly on twitter, was unsupportive of this position, although the idea of being more critical was accepted. The paper, written more than a decade ago, might be considered dated with regards to such a fast paced debate but it does raise wider concerns around our frequently uncontested acceptance of news stories

In this week’s blog I explore a paper written more than 25 years ago but which predicted the death of physical education as a curriculum subject. In his ‘retrospective’ piece Shirl Hoffman (1987) reports on the death note of physical education in Florida in the year 2020. Using educational debates from the 70s and 80s as his evidence base, Hoffman joins the dots together in unexpected ways. However, many of his arguments are still reflected in the debates that run through physical education at present. The learning of our children is too frequently set upon by ROBers (Roll out the ball specialists who do little in the way of teaching). Furthermore, as concerns mount over lost Olympic legacies and increasingly sedentary lifestyles the words of Hoffman increasingly serve as a warning of what might be if we do nothing.

Hoffman, it seems to me, had a gift for prophecy. He predicted - with a depth of description that cannot arguably stand the test of time - the future demise of physical education. While we are far from this position he has picked out a number of key events that may well been on the not too distant horizon (or indeed some may believe these are already upon us). During a long recession Hoffman predicted that, in an effort to save money and bring in expertise, schools would hire outside providers to run their extra-curricular and intramural programs. Initially this would be funded by parents but in the end it would be provided by youth sport providers. I would argue that this is increasingly prevalent in the UK (and would love to hear about other contexts), especially in primary schools where outsiders are being brought in to run these out of school programmes (a matter that features strongly in the work of Ben Williams in Australia). Indeed, even a decade ago when I was a much younger teacher, the idea of paid coaches was broached in my school. Yet Hoffman argued that, from this commercialisation of elite ‘high school’ programmes (sponsored by business and run by coaches), would emerge the less desirable aspects of elite sport i.e. free agency, bribes etc. Indeed, all notions of education and sportsmanship would soon be removed from these programmes.

To many of us this is the heart and soul of physical education. It is not about school sport and winning at all costs. School sport has become a catchall phrase for what happens in schools but is the educative value of these activities that people love and support. Yet, with the commercialisation of these activities do we run a significant risk of losing these ideas. However, Hoffman predicts that this will be just the tip of the iceberg. With the media portrayal of physical education as unstrenuous and of physical educators as bullies how long before the PE teacher is replaced with a cheaper alternative? How long before the ‘health of the nation’ becomes the default position in all schools and PE teachers are replaced with fitness instructors - even doctors as one study suggested? If we cannot agree ourselves on the purposes of physical education and we tolerate the ROBers who plague far too many of our classrooms (and by far too many I mean any), then what is the future of physical education? Can you predict what PE might look like in 2040?

The year is 2020 and the last school district in Florida finally throws in the towel and closes its physical programme; joining every other country in the world. The writing has been on the wall for a decade or more, and only the die hards supporters of PE (some would say the romantics) have managed to keep this programme running to date. Physical education has been replaced across the world by Self-Directed Play (SDP), a simple and cheap programme with four rules: no fighting, no injuries, no destruction of school property, and no sitting down. Many have argued that this is in fact no different from some of the PE taught in the 80s and 90s and commissioned research suggests that teaching assistant (or SDP managers) are achieving as much as fully trained PE teachers with PhDs. Research in itself remains ineffective as it is inaccessible and, as one administrator said, “we would have to modify our operations every year if we were to seriously consider what researchers tell us” (Hoffman, 1987/2012, p. 135). Even when teachers tried to argue against this they had no evidence of their own as to the effectiveness of their programmes - not over ten years, 5 years or even 2 years.

Much of the decline, and the eventual fall of physical education, was foreshadowed by the commercialisation and “for profit” of school sport. While there was a pedagogic link between physical education and school sport - which included a sense of inclusion, fair play and sportsmanship - the two coexisted in schools and were overseen by a teacher or “coach”. Yet once this was privatised and the emphasis was placed on “profit” and “success” then the writing was on the wall. Overtime, multiple providers of youth sport became one and the need to hire coaches with a pedagogic background was removed in favour of those who could win...and at any costs. Sleazy practices would emerge over the next few years to shock even the most ardent of supporters but by then sport and physical education had parted ways. Yet, since youth sport was no longer educational such matters were of no concern to school boards or local education authorities these matters went unchallenged.

The opening of this door prompted the youth sport provider to venture into physical instruction. Hoffman argues that this process was aided by PE’s inability to agree on what should be taught or what, in fact, PE was. The lack of sequential structure (in other words the fact that curricular provision in primary schools was mirrored in secondary schools) in PE was blamed for the ease in which PE became commercialised. Many in administration, in the community, even in PE itself, saw PE as glorified recess or a chance for kids to take a breather. Furthermore, the key skills of the teacher (as defined by their professional development profiles) seems to be a) 1st aid provision b) a knowledge of health and safety c) understanding of how to organise large groups and d) knowledge of the wide range of basic skills and practices.

Parents, administrators, principals and headteachers found that journeymen and women often had more knowledge and experience in specific sports than the PE teacher and they were cheaper to train and employ. Four weeks rather than four years were required for the basic first aid training etc and where PE teachers were seen as “specialists in generalism” these individuals had more expertise. Businesses sold packages of physical instruction to schools with liability insurance, legal representation, equipment and field maintenance, and locker room supervision with a towel service included. Furthermore, promises of “performance improvement or your money back” became commonplace and teachers increasingly lost their jobs. Academia was not exempt from this; for as the demand for programmes reduced, professors lost their jobs. The focus in kinesiology departments became sports science and in the end the physiologies and biomechanics that remained were moved to health or engineering departments and physical education programmes disappeared. In his closing comments Hoffman suggested that physical education was suffering from “Organisational Alzheimer’s”, which left it confused, disoriented and unable to put together a strategy for accomplishing reasonable goals.

Think about findings of the paper – do they resonate? Use the comment box below to ask question, seek clarification, may be challenge the findings?

This blog was orginal published on 1st March 2013