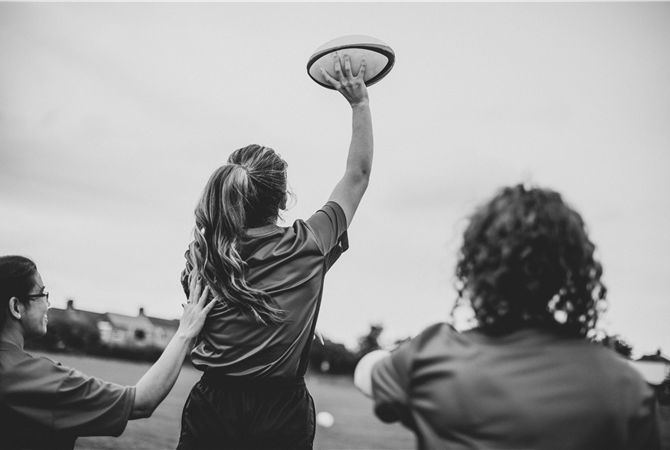 Photo by rawpixel on Unsplash
When is PE not PE? When it’s School Sport
Written by Ash Casey on 11 Jan 2019
1964 Words

Previously I explore a paper written more than 25 years ago, but which predicted the death of physical education as a curriculum subject. In his ‘retrospective’ piece Hoffman (1987/2012) used educational debates from the 70s and 80s as indicators of the subject’s demise in the year 2020. The discussion on Twitter and the blog suggested that while Hoffman had a knack for predicting a believable future, progress had been made and we were not as close to extinction as he might have thought. Indeed the development of, and engagement with, social media, emails, blogs, podcasts etc had vastly increased the interconnectivity of the world and the physical education community. Yet we are not out of the woods now. There was enough concern to suggest that we need to be the strongest advocates for our subject, because if we aren’t going to modernise the subject and update its ‘report card’ then Hoffman might still be proven right.

In this week’s blog I explore the highly contested policy space in schools; most particularly the politicization of physical education and school sport. Using the emergence of Specialist Sports Colleges (SSCs) in England and Wales in the latter part of the 20th Century as his backdrop, Barrie Houlihan explores the key players in and around school sport, and examines their agendas. He suggests that schools are unmoderated places where almost anyone with enough legitimate status can stake a claim or have an influence. Houlihan was particularly interested in the idea that while school sport was a target for many organisations the outcome wasn’t always (or often) to the betterment of schools sport itself.

Using poetic license I am going to suggest that school sport is the ‘wild west’ of physical activity settings and that in the rush for gold (Olympic for my purpose) it is the resilient and innovative who survive and prosper. In this ‘wild west’ many prospectors have gone looking for ‘gold’ - be these politicians looking for votes, National Governing Bodies (NGBs) looking for elite athletes, Unions and Associations looking for members, supermarket chains, television companies (Sky-Sports-Living-For-Sport with Jessica Ennis) and even food manufacturers (I can think of Kelloggs and Sunny Delight in the UK and their sponsorship of swimming and basketball awards) working to offer ‘freebies’ schemes to schools in the return for some advertising space. Yet it is in this frontier that the physical education teacher has to work and develop a programme that offers the best possible experience for the children in every class. Returning to the idea of the ‘wild west’, enter the sheriff who has to, in some way, manage this frontier. I now ask that you keep this idea in mind (I will return to it at the end) as I explore the take home message further.

We see arguments and counter arguments for the importance of school sport in developing talent for the next Olympics or the next world cup, or, for the purpose of school sport, for it be inclusive and to promote lifelong activity. Yet at the same time as this discussion occurs the very idea of physical education, as being distinct from school sport, is getting increasing obscured. Houlihan argues that competition, through traditional gender-based team games, has become the default position for many in positions of power. Yet, the reality of what actually occurs appears to much different. For while school sport is increasing described as the seedbed of elite performance, talented players (even when these players were identified from school sport) are often ‘discouraged’ from representing their schools as they rise in stature within their sport. Indeed outside of school, sports teams often suggest that their players priority should be with them and not their school’s team, as the potentially for the player to get on to the pathway of elite performance is better through a club. The key question therefore seems to be why are schools being told to invest in players (as opposed to students), that subsequently have playing embargoes placed in them, at the expense of a more holistic view of physical activity that might included the greater majority of young people?

Houlihan argued that there is a significant disparity between idea that a school is a site for talent identification and the reality that schools are increasing becoming locations for community sport. This idea, he held, seems have been lost of policy makers and is something, I would suggest, that has changing in the last decade or more. Indeed, post Olympics, the call continues to go out that schools must foster competition as only in this way will the next Jessica Ennis or Bradley Wiggins be found. So strong was the call from policy makers, national governing bodies (NGBs), and curriculum developers that even a decade the Government advisors (OfSTED) in the UK were asked to inspect the quality and range of games taught in schools. I recall an inspector in the late 1990s calling into question the quality of the grass cricket pitch at my school, and suggesting scarification in the official of OfSTED report (in other words the quality of the wicket for inter-school matches took on greater importance than the quality of provision).

The drive for gold seems to increasing dominate our discussions about school sport. In busy places with increasing burdens of accountability and assessment the offer of help from NGS or schemes of work from officially sanctioned bodies seems like a blessing in disguise. But I wonder at the role of the sheriff or sheriffs in every school. In accepting this help are we making our lives easier or harder? Who devises these schemes? What is their vision of physical education? What motivates them? If we are accepting of the idea of elite sport and the need for talent identification, are we also happy for NGBs to develop the top 1% and ignore the rest? In identifying sports leaders, are we also identifying sport’s losers? Should we as sheriffs be more discerning in the ‘deputies’ we appoint? In the words of Will Smith ‘welcome to the wild wild west and as such we need to protect and serve all our citizens.

The increasing importance placed on elite sport - its public profile, income generating potential, and the weight of national expectation - has increasing dragged schools into the debate around talent identification and the creation of enhanced opportunities for the gifted few to discover their ‘gold medal event’. Indeed, Houlihan suggested that school is now “an arena where a complex range of interests attempt to assert control over policy”. Some of the interested parties are internal to education (teaching unions and professional associations), while others are external (political parties, national governing bodies, and quangos - in the UK this would be the Youth Sport Trust or Sport Scotland for example). However, regardless of their positioning, many of these interested parties have a vested interest in physical education, or to be precise in school sport, and its ‘ability’ to unearth the next superstar. Houlihan argues that the tensions of this ‘crowded space’ have emerged because of the difference between the muddled, if well meaning, intentions of physical education to help everyone and the clearly defined notion that sport promotes personal and social values and learning (see the Arnold blog for a discussion on this idea).

In England and Wales, Houlihan argued, the strength of opinion around sports ability to achieve what physical education cannot on its own - i.e. international sporting success - has been clearly displayed in the development of the national curriculum. Throughout its different incarnations (in 1991, 1995, and 2000 - and I would add 2007) the National Curriculum for Physical Education (NCPE) has endorsed a “long established practices which prioritised gender-based team games”. Indeed, successive governments have been nothing if not consistent in their pledge to put sport back at the heart of schools.

This idea was at the heart of the development of SSC (Specialist Sports Colleges). In applying to be a SSC schools had to have obtained Sportsmark, have a track record of attainment in sport, have good sports facilities, and be in a sound financial position. In mid-1999 (when this paper was written) there were 34 SSCs in operation and all of them could choose to accept up to 10% of their pupils based on them having an aptitude for sport. One of the key benefits for SSCs was an increase of £100,000 in government support and an additional £100 pounds per student for the first two years of designation (which for a school of 1000 pupils was a substantial figure. These schools were designed by the government to “provide enhanced opportunities to fulfill the potential of talented performers”, while the Youth Sports Trust hoped they would, in time, “serve as feeder institutions to the governments proposed British Academy of Sport”.

The reality however, as Houlihan reported, was much different. Studying four of the first SSC he suggested that partnership with local government, other schools and community groups, and NGBs was the key outcomes of the first three years of designation. However, each of these connections had different outcomes. Schools became premier coaching centres for traditional curriculum activities (e.g. soccer, athletics, swimming, cricket, rugby, netball and gymnastics) and designation as an SSC didn’t not greatly change the extra-curricular provision at the schools. It seems that schools stuck to what they were good at and this seemed to resonate with the NGBs. Some schools saw an increase in the prestige in the school, which was reflected in the quality of applicants for both PE and non-PE jobs that they advertised. One school reported some pressure from Sport England to adopt a particular programme of sports, while another saw a difference of opinion between senior leaders and PE specialist over a participation or a performance agenda.

Fundamentally, however, NGBs lacked the funding and resources to sponsor programmes across schools. Instead, some set up national training centres and encouraged students to attend specific schools. Others set up successful talent identification programmes of their own and came to see schools as safety nets while they resourced a smaller group of potentially elite athletes. Other NGBs and academy programmes for bigger clubs (particularly in soccer and rugby union) became increasingly reluctant for junior elite squad members to play for their schools. SSCs were successful in regenerating individual schools and local communities but their contribution to elite sports development is far less significant. The question that remains, therefore, is “should school sport really be the site for talent identification or should it have a wider, social agenda around health, participation and enjoyment?”