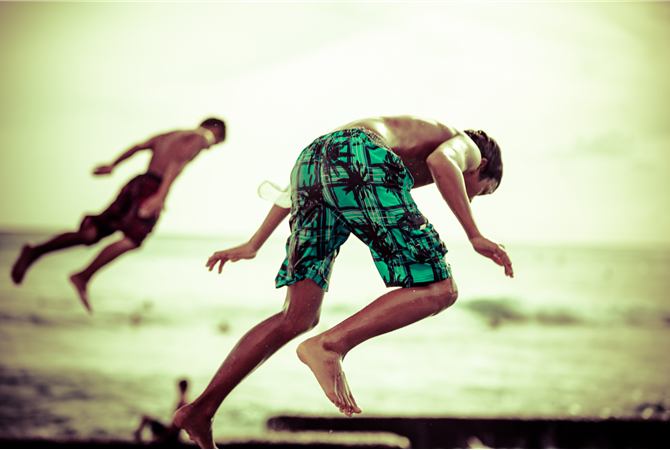 Throughout his book Memmert has advocated for the need to help players to be more tactically creative. He wants teachers and coaches to open their learners/players senses to different possibilities and to maintain their alertness throughout their team and racket sport experiences. In short, he has raise the question of “how developing players can heighten their ability to perceive changes in situations that demand skills extending beyond coached and practiced aspects of play”.

Creativity thrives from freedom rather than from instructions

Acknowledging the difficulty/impossibility of recreating, in practice, the many diverse possibilities that might face a player in a game Memmert still argues that we need to open up, rather than close down, the ways in which children are able to arrive at creative solutions. Advocating for an approach to games learning that fosters tactical creativity, he suggests that teachers and coaches should foster environmental conditions that uses the six D’s of his Tactical Creativity Approach (TCA):

• Deliberate Play and Deliberate Practice – the principles of TCA indicate that “children should act in relatively unstructured game forms which include sudden changes of environment. As children and young people develop the units could become increasing structured with a focus on sport-specific performance.

• Deliberate Motivation – takes into account the idea that it is “possible to consider instructions that cause certain motivational moods in children”.

• Diversification – The goal of diversification is to challenge the students – unconsciously – to “come up with new ideas and solutions for different situations”. The aim is to foster an understanding of the difference between desired action and desired outcome.

• 1-Dimension games – Memmert bases his ideas for 1-dimension games around the notion that “fostering creativity requires the integration of error learning, implicit learning, and some aspects of differential learning”. `These games are designed so that the constantly change and the actions of player A change the actions of player B and so on and so forth and create co-adaptability.

In summarising his book, Memmert argues that diversification, deliberate play and deliberate practice are key concepts in designing the types of learning experiences that will most benefit younger learners. He believes that giving learners a multitude of different “unstructured and sport-unspecific game forms” is conducive to developing tactical creativity. In short, Memmert argues that central to TCA is the idea that children experience “a high number of different game forms and exercise variations, the initiation of diversified ways of movement, and a limited number of verbal instructions that could decrease the focus of attention”.

At the heart of TCA is the idea that “when complex, imprecisely defined problems without concrete solutions present themselves, surprising and creative solutions can be the key to success”. Yet, as teachers and coaches we often want focus our players/learners attention on specific (tried and tested) solutions to commonly faced problems/concerns. This is all well and good, but it reduces the attention of the same players to a limited number of ‘hoped for’ stimuli and closes down their willingness to look ‘outside the box’ for solutions.

As suggested in last week’s blog TCA has a number of theoretical implications that are yet to be transferred into practice/pedagogy. It is clear that (a) creative processes are very complex. (b) scientific studies are not always readily transferred to practice, and (c) “there are no developed, simple formulas that guarantee a constant development of spontaneous creative ideas”. That said, there are ways of helping players to be more creative. By broadening their attention, being less sport-specific, and promoting motivation as a facilitator of learning it is possible to help players/learners find creative solutions.

“In unstructured tactical play situations (Deliberate play) with 1-Dimension games, it is possible to improve basic tactical skills across different sports. Diversification of different motor skills should be used, and Deliberate coaching means less instruction is needed to provoke a wide breadth of attention to perceive greater amounts of information which could be important for decision-making. Deliberate motivation is defined as giving promotion instructions to foster the generation of creative solutions. Finally, only for more advanced children does Deliberate practice become more and more important.”

In finishing his monograph Memmert borrows from the US-American writer Ambrose Bierce and reinforces the need to keep developing TCA. “We want to conclude that now we coaches and teachers know a little more, but still we admit to modesty, because we know that this is just the beginning: Knowledge is what we call the small part of the lack of knowledge we ordered”.

I conclude the fourth book in my Major Themes in Physical Education research series by asking – “is that enough?” Is knowing a little the catalyst for inquiry or do we need to know a little bit more if we are going to change the ways in which we work with young learners/players?