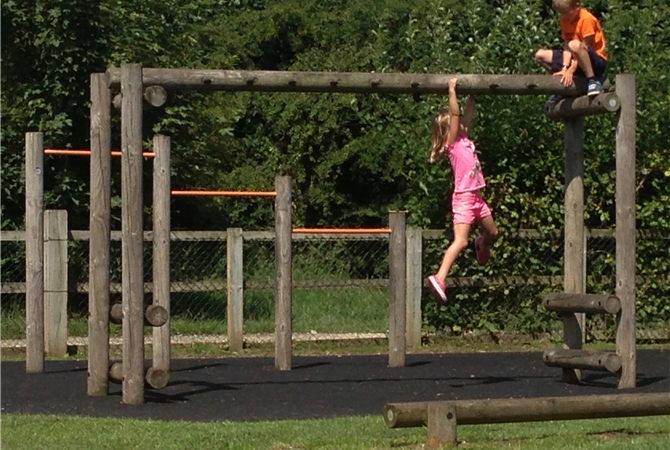 In the field of sport pedagogy in Germany there has been an increasingly loud call, one that I would argue is being echoed in many countries, to prioritise the educational aspects of physical education’s remit. Fundamentally this means putting “movement-orientated and personality-oriented learning, such as achieving social competences or self-determination”, at the heart of all we do. Significantly many have argued is what Cooperative Learning does. i.e. put academic and social learning on a par.

While Bähr and Wibowo suggested that, in a German context the five elements of Cooperative Learning are regarded as essential there is “an emphasis on the students’ accountability and responsibility for their group work process”. In other words, the way that students are able to interact helps them to develop their social competences and self-determination. In considering this emphasis Bähr and Wibowo held the active experience of the leaner should be of central importance in physical education. They argued that “education must be understood as a self-activity of the subject”.

That is not to say that learners just need to be active they need to choose to be active. Drawing on an example from team games Bähr and Wibowo suggest that anyone can be forced to play on a team but to be part of the team i.e. to seek “an active and gainful involvement in the game, a feeling for the game and their team-mates, becoming part of the team – all of these things can either be commanded or enforced”.

Instead of enforcing students to be involved Bähr and Wibowo argue that teachers need to design movement relationships and environments that encourage students to be self-active. Such self-activity can best be encompassed by the German term Bildung (which refers to the German tradition of self-cultivation). Significantly, Bildung “can be done only by the student him- or herself  and isn't seen as the “job of the teacher”.

The irony or paradox is, according to Bähr and Wibowo, that the “teacher can’t create Bildung (on the student’s behalf) directly, but neither does students’ Bildung systematically take place without any action from the teacher”. The teacher’s role, therefore, is to create the possibility of Bildung or as Benner (2001) suggested “influence a summons to self activity”. The question that the rest of the chapter seeks to answer is “how should the teacher act to make sure the students learn in a ‘self-active’ way, in the sense of Bildung?”

Drawing on the outcomes of an extensive literature search Bähr and Wibowo suggested that Cooperative Learning encouraged the teacher to act in the role of counsellor i.e. step outside his or her role as “‘direct imparter’ of optimal movement execution sequences and social norms”. Instead, the teacher should only become active when the student asks for help or when they become a danger to themselves or others. Ultimately the students should and must be able to make decisions as to how the movement or task is to be undertaken. “In order to ensure that the students work self-actively, it is the duty of the teacher not only to afford them leeway in their cooperative task, but he or she should expect and allow them to make use of that flexibility.”

While this is a simplification of Bähr and Wibowo’s work it does highlight a need to understand what the teacher does and how he or she might behave during a Cooperative Learning unit. Fundamentally the authors argue that a teacher can either be ‘responsive’ to students needs and requests or ‘invasive’ in the group task by intervening much too often and too intrusively. Ultimately, and when considering Cooperative Learning, Bähr and Wibowo argue that teachers should only interfere in situations that present a risk or where students get paralysed over time by disputes and/or a lack of constructive suggestions.

Specifically, Bähr and Wibowo explore the types of interventions that teachers make using two Cooperative Learning interventions (one “Jigsaw” [https://www.youtube.com/watch?v=2p1AE3Z3j5I] and one “Team Game Tournament”(TGT) [https://www.youtube.com/watch?v=ZDJhNULQNlA]) and one traditional teacher-led intervention. Drawing on the work from a study of 238, 10-12 year olds across nine classes (three classes used each intervention) and over six 90-minute lessons, the authors set out to understand the different types of teacher action (e.g. responsive or invasive) that were most common. Furthermore, they set out to better understand the ways in which the teacher was able to “influence a summons to self activity”.

They found that “in classes instructed cooperatively, there were one or two phases of autonomous group work per class hour.” In contrast in the teacher-centred class there were “three or four rather short exercise and execution phases per class hour, alternating with phases determined by teachers’ action”. Looking more deeply Bähr and Wibowo observed that the share of exercise time that was self-motivated was 52% of total class time in Jigsaw, 50% in TGT and 32% in teacher-centred classes. In the latter case students “spent more time listening/watching or participating in challenged group discussions. In these classes the teacher accordingly uttered explanations/announcements frequently for a longer time and led group dialogues. Alternatively the teacher demonstrated an exercise or let students demonstrate an exercise”.

When exploring the idea that optimally the teacher should only interfere when the students request him or her to do so, Bähr and Wibowo reported that invasive intervention occurred 32% of the total amount of interventions for Jigsaw, 38% for TGT and 71% for teacher-centred instruction. Finally, in exploring the number of times the students actually performed the desired action (in this case a handstand) the authors found that each child practiced 35 times in Jigsaw and 25 times in both TGT and teacher-led instruction.

In concluding their chapter Bähr and Wibowo argued that teachers should ensure that “all students can experience successful movement relationships to guarantee that group learning processes take place constructively”. Fundamentally they argued that teachers shouldn’t intervene too often and too profoundly in group work if they want to encourage “meaningfulness of students’ self-activity in the learning process”. Cooperative Learning helped teachers shape the lesson to allow for self-directed activity. That said Bähr and Wibowo also concluded that teachers often fell back on “rather directive teacher action” and didn’t keep their own ideas to themselves enough, thus allowing the students to sink or swim together.