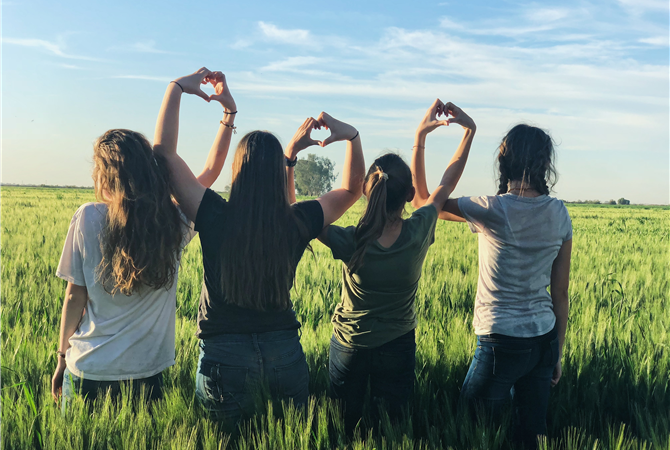 In the previous PEPRN revisted blog (Published 28/9.18) I explored the idea that science had become the operating centre for Physical Education and that the subject has become more about understanding and testing movement that moving itself. The discussion around the blog focused on the increased ‘privileging’ of assessment of movement against fixed criteria and the suggestion that kids were forgetting how to play. This paper builds upon the previous blog suggesting that teachers are responsible for the moral education of students and that sport doesn’t automatically teach fair play, but that it – like skills and strategies - needs to be taught and modelled by teachers and coaches.

Cheating is a learnt behaviour; as is sportsmanship. Children are not born moral but they learn morality through the ways in which they are taught by families, communities, schools and clubs (sports clubs etc). In the case of physical education children, and the adults they become, are initiated into different sports and then, through their own freedom of choice, make the decision to play a particular sport (or not). In doing so they agree to abide by the games rules and not to take an unfair advantage over another participant. Through play and practice, individuals come to understand the nuances of the rules, as well as the spirit of the game and they continue to agree to abide by both of these parameters, without seeking to gain an unfair advantage.

Consequently, teachers (and I would argue coaches and would ask you to read teacher as teacher and coach) are moral educators who should have both a direct and indirect moral influence on their pupils. In this way moral education should be seen as the responsibility of the teacher, and should therefore be an explicit as well as an implicit part of lessons. The popular view (some would say urban myth) that there is a clear connection between playing sports and the development of social and moral character owes its origins to English public schools. It was believed that playing sport, particularly team games, was educationally useful as it had social and moral outcomes. The ability to co-operate with others on the basis of understanding and respect, and the ability to “put the cause first” without resentment and bitterness were all thought to be worthwhile outcomes of sports. However, the belief that these moral outcomes were transferable from the playing field to the real world and that they could be called upon in time of war, and in service of the Empire, was what has made them popular and enduring. This is the position that the UK government has adopted in its post-Olympic games rhetoric i.e. competition is good because it develops character.

However, this position is founded on the belief that participants would act within the rules and that they would be taught to do so. Some people believe that sport has no influence over society and that what happens on the pitch or field stays there and is therefore inconsequential. Others believe that this argument doesn’t take into account ‘the spoilsports’ that see winning as the only outcome. Some believe, especially within high-level sport, that winning has become critically important and that cheating and foul play are common as a result. Furthermore, in order to be successful you need to be dominant, assertive, non-sociable, and in the case of elite performers, disregard sportsmanship. This immoral behaviour is further reflected in the wider participating population i.e. those who spectate and bring the ‘game’ firmly into their everyday lives. I have seen this behaviour too many times. In school matches, and local games between children or young people. I have been forced to stop inter school matches due to dangerous play or officiating that never allowed the result to be anything but a loss for my team – despite their best efforts. As educators I believe that we are responsible for providing a moral sporting education for those who are in our care. In this way, playing games in a physical education lesson should teach respect and moral behaviour. But are they taught? Do students learn respect in this way? This paper suggests teachers should model moral behaviour but is this a personal issue for each teacher to address? Or should it be a departmental or even a school strategy? Who decides on matters of morals?

Arnold sees sport in schools as a vehicle for moral education but only when the teacher lives out the values to which he or she has committed and publically commends. In his view, sport is a valued human practice but not by default. It requires participants to have the moral character to survive external social, economic and political pressures and act in accordance with the notions of impartiality. He begins the paper by positioning the place of sport in contemporary society as having either a positive, neutral or negative impact on moral development (see above) going as far as saying that some believe that competitive sport is the “antithesis of moral education and that it detracts from moral development”.

Morality, in Arnold’s eyes, is concerned with interpersonal relations and our concern and consideration for others. It is a case of knowing right from wrong. From this position, Arnold’s holds that players come together knowing that the rules apply to themselves as well as others. They also come in the understanding that everyone has agreed to play by these rules and not to take an advantage of them to the detriment of others. To do otherwise is not an accident but a deliberate act that compromises the safety of others and takes the player out of the sport they agreed to play fairly and away from the spirit of the game.

Unless children are carefully brought to an understanding of the “nature of the practice of sport”, and its rules and principles they cannot be said to have been properly initiated into the game. The skills, standards and exchanges are important but so are the traditions, customs and conventions. To achieve this, teachers need to combat the view that winning is the only thing that matters and engender right reasoning and caring through their own attributes, beliefs and disposition to educate morally while seeking “the good contest”. The teaching (and learning) of professional fouls should be condemned as offending not only the spirit of the game but also the moral agreement of any participant to abide by the rules of the sport they choose to play. In this way, Arnold believes that teachers are key initiators and should be seen as guardians of the practices and views of sport and that the condoning of unacceptable play is...unacceptable. Attention should be given to the rules and ethics as much as the skills, techniques, strategies and tactics of participation. Sport is a valued human practice but children’s initiation into sport doesn’t always support this. A person decides to be moral but the actions of others are “picked up” and become the model of normality and acceptability. Therefore, Arnold believed that teachers “must live out the values to which he or she is committed and publically extols”.

As part of this series of blogs I propose the following as a way of considering the implications of this research- Think, Act, Change (or TAC for short).??

Think about findings of the paper – do they resonate? Use the associated discussion board (same title) on PEPRN to ask question, seek clarification, may be challenge the findings.?

Act on what you’ve read. What do you believe? Is this your responsibility or just something else to be put on your place? Is there action to take? If so, what might it be.

Change what you do in response to your thoughts and actions? Is this a personal undertaking? Please let the community know about it.?