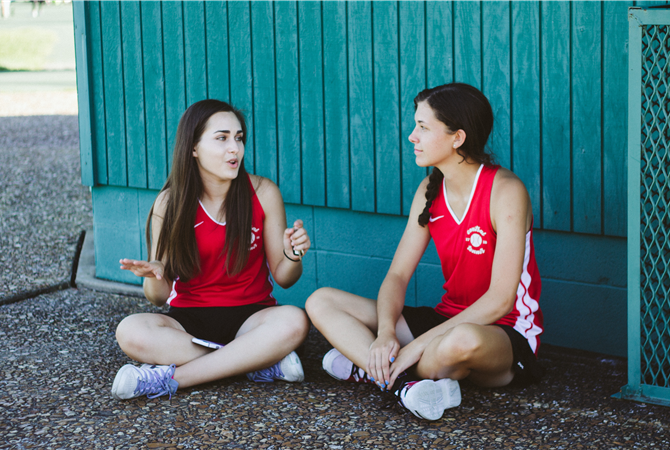 In the previous blog I explored the idea that school is more about civilizing students to be ‘good members of society’ than it is about education. In his paper, written at the end of the last century, Kirk argued that mass schooling has played a significant role in the taming of the working class through the use of elite sports that were once the preserve of the elite. David Kirk has previously asked what we can learn from the history of the subject? What don’t we do now that we did a century ago? What do we still do now that we did a century ago? We can learn from history if we can acknowledge the patterns and repetitions that guide our presents and possible futures.

In this week’s blog, I explore a Swedish study that looked at learning outcomes and their articulation in lessons. Redelius and colleagues observed PE lesson in six schools and found huge disparity between the ability and willingness of teachers to talk about what their students would learn. They argue that whilst it is the teacher’s responsibly to create an environment that supports learning, the need for a quick start and fun often overrides the need for explicit learning.

Redelius et al. argue that physical education (PE) has, all too frequently, been regarded as a subject outside of the knowledge enhancement aspects of school-life. Instead, it has all too often been seen as a physical subject, as recreation, or as a break from learning. Good learning in PE is, instead, often seen as ‘getting sweaty’ rather than getting better. In short, “PE is about doing and not learning.”

One of the key factors in PE’s tagging as a “doing” subject is the lack of clarity, both inside and predominantly outside the subject, about its educational purpose. Many authors, according to Redelius et al., argue that whilst physical educationalists are in agreement about what the subject is not there is much less agreement about what it is. In fact, Kirk (2006) argued that “as a professional group [physical educators] are confused and disorientated about the contribution of their subject to the educational gals of schools and to other social goals” (p. 642).

This confusion has only increased since the 1990s as the global and local goals of education have change. With a widespread move away from governmental control over education and, in many cases, the privatisation of education in many countries (see, for example, the increased prevalence of academies in England and Sweden) schools are becoming increasingly responsible for their own survival and prosperity as well of that of their students. This is made doubly true with the increased prevalence of local, national and global league tables and the measurement of learning through diverse statistical processes. In this way, the teacher of PE is no longer seeking meaningful experiences for their learners but is “someone who is in charge of setting up environments that best facilitate the achievement of the national learning goals” (p. 643).

The authors expressed an interest in studying how “teaching creates different prerequisites for student learning” (p. 643). They argued that learning can be described as developing appropriate ways of acting that help humans to patriciate in different facets of life. Such ‘ways of acting’ are situated in an historical and cultural context. In short, human action (e.g. how to teach) impacts on and is impacted by cultural, institutional and historical context (e.g. learning about PE in a fun environment).

Redelius et al. were particular interested in the prevailing movement cultures in PE, i.e. the ways in which we practice and practise different forms of sports, exercise and outdoor activities. They held that a common movement culture is competition. It is, after all, a “fundamental logic on which many, but certainly not all, sports activities are based” (p. 644). This movement culture structures practice and places ranking at its heart. After all, if there aren’t ranks/positions then it’s not competitive. There have to be winners and losers – don’t there? Another movement culture is aimed at preparing something for someone else to watch. What is valued is the aesthetics of the performance not the rank of the performer (although performers could certainly be ranked).

In this study, the authors set out to explore how different movement cultures influence teachers in different settings. They asked how teachers exploring different movement cultures communicate the aims and learning outcomes of their lessons. Given that they are “someone who is in charge of setting up environments that best facilitate the achievement of the national learning goals” (p. 643), the authors wanted to know how these teachers teach human action in the cultural, institutional and historical context of their school and subject. To do this they worked in six schools, with six teachers and about 150 students. They gathered data from two video cameras, pre- and post-lesson interviews with teachers and post-lesson interviews with students. Both sets of post- interviews used video footage from the two cameras to stimulate discussions.

Aims are not defined – and not expressed to the students

In the pre-interviews the teachers in this category weren’t able to clearly articulate the expected learning outcomes. When asked to express their aims they initially asked the researchers to clarify the question. When teaching, they talked about what the students would do and asked them to get on with the activity. They described things in vague terms for example “the students should be able to dribble a ball with both their right and left hand” (p. 646). They weren’t, however, able to answer questions about why they needed to do this and often returned to talking about what the students were expected to do rather than what they were expected to learn.

In their analysis of the data, the researchers felt that there was uncertainty about the prevailing movement culture. This was a game but the fundamental logic in these lessons wasn’t competition and ranking and as such the teachers struggled. Even when the activity changed to fitness the teacher told the students they will be doing fitness but didn’t explain the different exercise nor what the students were expected to learn in terms of skills, abilities and knowledge.

Aims are well-defined – but not expressed to the students

In this category teachers were able to explicitly talk about the aims and learning outcomes in the pre-interview. They knew what they wanted the students to learn and why. They knew why they were teaching a specific activity and what skills, abilities and knowledge they wanted the students to develop. However, minutes after the interview, they said almost nothing about this to their students. Despite knowing their learning outcomes, they didn’t communicate them to their students. They were “quite articulate” before the lesson and talked about achieving the learning goals after the lesson but seem to forget to say anything to their students. They told the students that: “Today … We will practice … We will do … We will work … We will execute.” But not what they would learn. The use of ‘we’ was also interesting. It showed a common objective but lacked specifics.

In the post-interviews the students were unsure what they learnt, and they didn’t really understand what the lesson had been about. They had a sense of the purpose of PE but this didn’t connect with the teacher’s ideas. In short, despite having teachers who understood their learning outcomes these students were taught by teachers who found it “difficult to make the learning and knowledge in PE explicit” (p. 650).

Aims are well-defined – and expressed to the students

Throughout their engagement with the researchers, these teachers were detailed and expressive when talking about their aims and learning outcomes. They were aware of why they were teaching a specific activity and what skills, abilities and knowledge they wanted the students to develop. They were very clear when telling the students about the aims of the lesson and used the same language in lessons that they did in the pre-interview. In the post-interviews they talked about “students’ actions in relation to the learning objectives” (p. 650).

As a consequence of their teachers’ explanations, these students “ways of talking about the learning outcomes stand out compared to the teaching practices in the other categories” (p. 650). When the researchers asked them about what they have learned this term or in class today they were very clear about the learning outcomes: “I learned to calculate my heart rates and how many beats I should have in the various endurance training sessions” (p. 651).

In a goal- and results-orientated system “a stronger emphasis should be placed on what students learn and their level of knowledge in relation to the stated goals” (p. 652). In short, teachers are responsible for creating the best environments for this type of learning to occur. This study showed a wide variance in the types of environments created and the clarity of learning goals. The first category showed a striking absence of clarity around learning outcomes. The second category, perhaps the most puzzling, showed a good awareness of learning outcomes but an inability to express these to the students. This, in turn, leads to confusion and ambiguity amongst the students. The third category showed a teaching practice where goals are clearly articulated by all parties involved.

When these findings are further broken down, it seems that teachers find it harder to articulate aims and learning outcomes in movement cultures involving ballgames. Given the logic of competition, it is hard not to see the outcomes in terms of rank and yet rank isn’t the dominant logic of ballgames in schools. So, what is it? Redelius et al. argue “ballgames are not an obvious movement culture to relate to in terms of what is supposed to be taught or learnt” (p. 652). In contrast, teachers are able to give students explicit tasks in dance activities. Indeed, while it is rare to see four or five students working together in ball games to create movements it is common in dance.

The conflict between human action and the cultural, institutional and historical context is played out in the second category. The authors hold that customs dictate that the lesson starts quickly and that it’s fun, which detracts from an explanation of the learning outcomes. They ask if this occurs as a consequence of the “tyranny of enjoyment in PE?” and argue that perhaps teachers create movement cultures in school that are driven by the logic of fun and not learning. Yet, and as this study shows, when teachers are able to articulate their goals this helps “students to understand what teaching is all about; the language constructs sense and meaning and allows students to relate to the educational aspects of PE” (p. 653).

Whilst it seems obvious, it is important that teachers not only create an environment to optimise learning but also find the words to explain it to the students. Not in terms of what is done but in terms of what they will learn and why.

What’s next?As part of these blogs I propose the following as a way of considering the implications of this research- Think, Act, Change (or TAC for short).

Think about findings of the paper – do they resonate? Use social media to ask question, seek clarification, or maybe challenge the findings.?