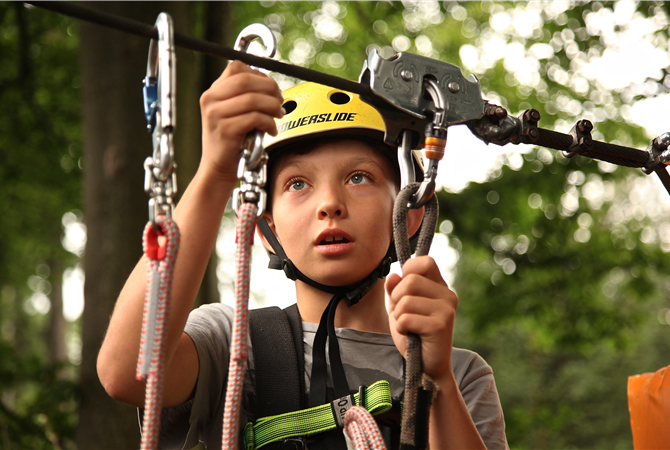 Whilst Physical Literacy is an increasingly well-known term in the vocabulary of physical education, I would wager that it is a contested/less well known concept across the world. Whitehead’s seminal paper in the European Journal of Physical Education (now Physical Education and Sport Pedagogy) was the first real attempt to define a term now synonymous with both her name and physical education. Given the pervasiveness of physical literacy in our subject, it seems important to attempt to unlock the paper for the readership of this blog.

In 2001, the time of Whitehead’s paper, Physical Literacy wasn’t a new term. A decade earlier “a Sport Council flier stated ‘Physical education creates literacy in movement, which is as vital to every person as literacy in verbal expression itself” (p. 127). While some have argued that Physical Literacy has been hijacked to increase the status of physical education at a time when intense focus was directed at ‘literacy’ and ‘numeracy’, the term (and the notion) of Physical Literacy is, and has been, important in its own right for a long time. Whitehead herself argued, in the early 1990s, that Physical Literacy “was essential to a complete experience of human life” (p. 127). In fact, the decision to use literacy was deliberate and denotes a preference to the ideas of physical ‘mastery’ or ‘competence’. It is more than both of these terms, as it unites the “holistic and interactive nature of this human attribute” (p. 128). In what follows, as in Whitehead’s original 2001 paper, I present this debates on a “clean sheet, albeit at the risk of coming to conclusions that may not feel wholly comfortable to all in the profession” (p. 128).

At the heart of Whitehead’s argument is embodiment. She strongly refutes the dualist idea that humans are made up of two separate aspects i.e. ‘the mind’ and ‘the body’. This view is replaced by an alternative (monist) one that holds that humans are “an integrated whole” (p. 129). Form this view point “The notions of ‘body as object’ and ‘body as machine’ are rejected and the notion of ‘body as self’ is advocated” (p. 129). Individual persons are seen as an amalgamation of all of their interactions with their surroundings, with the world and the person they are is made up of all their interactions.

A Concept of Physical Literacy

At the heart of Whitehead’s desire to initially define Physical Literacy is a question: ‘what is the range of physical capacities that would enable individual persons to make the most of their embodied dimension; enable them to interact with the world and to awaken the huge wealth of potential capacities; help them to become richer persons both in themselves and in respect of that which they know about the world’ (p.130).

From a monist perspective “movement provides the conduit to the world” (p. 131) and, as such, any consideration of Physical Literacy should include capacities such as “balance, coordination, flexibility, agility, control, precision, strength, power, endurance the ability to move at different speeds” (p. 132) as without these capacities our access to the world is restricted. Such movement capacity could be achieved in activities such as “walking, running, jumping, climbing, turning, balancing, propelling oneself through water, striking, catching and throwing” (p. 132). Whitehead argued that individual persons who were considered Physical Literacy “should be able to achieve effective and dynamic interaction with his or her surroundings” (p. 132). In short, they should be able to create themselves out of their interactions with the world and fully realise their existence.

How often are we placed in challenging situations? We aren’t. Instead, we are often tested in situ rather than situations being selected to test us. The relative safety of the gymnasium or AstroTurf are not designed to replicate the challenges presented by the world. What would happen if, as a subject, physical education challenged young people’s movement capacities in different environments such as “water, different surfaces, hills and mountains and all manner of situation in nature ranging from moving in different weather conditions such as wind, to climbing trees” (p. 132)? Or in numerous man-made environments like stairs, escalators, bicycles and trampolines? Physical Literacy is not about the body but about getting to “know ourselves and the world more fully” (p. 134) and to this this we need to interact with the world in ways that challenge us and our movement capabilities.

Beyond the capacity to move in challenging situations, the physically literate individual will be able to ‘read’ a situation and adapt their responses to what they are experiences. If, as Whitehead argues, an individual is the sum of her experiences then any situation can be approached through the lens of existing understanding and established knowledge. In this way, new information about a situation connects with prior experience to create new knowledge. Consequently, “the physically literate individual, on perceiving the environment, from a range of senses, appreciates, via experience, the relative components of the display e.g. shape, size, weight, surface, speed, movement of others” (p. 134). Put differently, the mover faces a new situation armed with a range of prior physical experiences and is able to adapt those to fit the environment/situation in front of her. In doing so she creates new knowledge (for both herself and for others) and new ways of interacting with the world. Each new attempt/movement enhances the bank of “established movement responses acquired through interacting with a wide range of challenging environments” (p. 135) which, in turn, allows her to respond differently the next time.

It is beyond the scope of this blog to cover the full extent of Whitehead’s conclusions as she presented the reader with 18 questions to consider as the concept of Physical Literacy was debated. She did, however, conclude by saying “as an aspect of human potential integral to a fully realised human existence and influencing much of life as habitually experience, the achievement and exercise of Physical Literacy plays a significant part in the development of self-realisation, self-confidence and positive self-esteem” (p. 136). Taken this way, Physical Literacy deserves a place in our discussions about the future of physical education. That said, there are many challenges ahead, not least, Physical Literacy’s engagement with culture, disability and the life course.