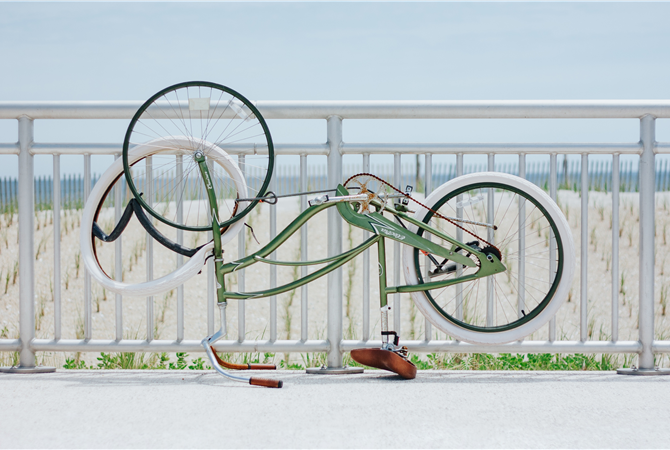 Photo by Alistair MacRobert on Unsplash
“PE is something to get through”: If it ain’t broke then why do so many kids not like it?
Written by Ash Casey on 15 Feb 2019
1780 Words

In the previous blog I explored tthe Body Curriculum project and argued that we need to provide space and opportunity for young ethnic-minority students to challenge the predominance of Whiteness in conversations about health and the body. The blog explored the commonly held ideal of the White body and exposed the lack of images that show non-White men and women being healthy. I concluded by asking the reader to see, perhaps for the first time, the bland pallet that media outlets produce when we ask them for images of ‘fit people’. If you don’t believe me (or more particularly Azzarito and colleague) type that phrase in to Google and see the results.

In this week’s blog I explore a twenty-five year old argument for an “if it ain’t broke, don’t fix it” approach to programming in physical education. It is a call that takes little account of the thousands of kids who leave school every year with no intention of going near a gymnasium ever again in their lives. Drawing on the ten ‘rules’ of changing practice in schools and applying them to Physical Education, Larry Locke investigates the enablers and constraints of change and, in an argument that holds as true today, asks physical educators to consider what their kids are telling them: maybe not with their voices but certainly with their feet.

The biggest, strongest, scariest and most personal message to emerge from this paper was the notion that the blame for programme ineffectiveness in physical education is often laid at other people’s feet. “I have no support”, “my colleagues prefer to roll out the ball”, “the administrators and school leaders are happy with the status quo” are familiar responses when asked about change. Yet, little headline space is given to the meaning and value that students assign to the subject. I have, as recently as yesterday, had the pleasure - and regret - to read through the transcripts from a number of interviews that I did with my former students two years after I left secondary school teaching. I would suggest that I had a positive impact and was able to change some people’s opinions of PE and yet some of their descriptions of “games lessons” in particular leave me wishing I could have my time again, whilst knowing what I know now.

The ignorance I had in regards to the consequences of my actions and my skewed belief that what I was doing was right, are scuppered by comments that “games was something to get through”. Ouch. And yet I know that there were many obstacles that I encountered in the way to change. I tried to think and act outside of the box but there are expectations around what happens in school (as I write about in depth here). I also know that it took me seven years of battling for change that allowed me to achieve a unit of work so far out of left field that it would see the kids investing their own games. Finally, as the interviews tell me, my efforts were wasted. My replacement was a “roll out the baller” (ROBer) of the first order and I left no lasting legacy in the school or made any change to the department’s approach to teaching physical education. Does that mean that I was wrong to try? In last week’s blog I suggested that we needed to ask some ‘ought’ questions i.e. what ought physical education be and do? A difficult idea but I guess that by asking our students what it ought not to be would be as good a step forwards as our own imaginings. Would it be such a bad thing if students got to choose the activity they engaged in and the teacher who taught them? Do we have to have a PE kit that determines the doers and non-doers? Do we have to have units that run only for half a term or for a semester? If you have a strong reaction to these suggests can you identify why? I once suggested that kids who had PE before break could come to school in their kit and change into their uniform at break, those who had it after break could change at break and lunchtime respectively, and those who had it in the afternoon could change at lunch and go home in their kit. This would stop the huge amounts of time lost in the changing rooms before and after lessons. However, no one would endorse this. Why? “Because we’ve never done that before...” What would PE be like if we did things we’ve never done before?

Locke (1992), in his consideration of secondary school physical education and the possibility of change, suggests that there was increasing evidence that many programmes fail to achieve their objectives. He subsequently asked if the dominant model of PE was broken, and if it was broken did it need fixing or rebuilding from the ground up? Yet, “broken” is not an easy analogy to use in any school programme because some bits work in some schools and for some students but this is not consistent across multiple contexts. In other cases some teachers ‘work” while others are “broken”. Furthermore, “broken” is subjective and while to one parent it might be the antithesis of what PE should be, for another it might be “bang on the money”. Indeed to you, as a physical educator or a coach, it might look fine and it is just the actions of others that make it less than what it might be. Locke suggested that any notion of “broken” had to be held up against thousands upon thousands of school programmes. Some of these are valued by everyone and achieve all their aims, while others do more harm than good and are not well regarded even by those who are required to staff them.

In parallel to some of the arguments already made in this major themes blog (see Hoffman for example), Locke suggests that change is inevitable. However, he asks if teachers, students, teacher educators and/or parents will play any part (active or otherwise) in the direction of nature of these changes. Currently (and this seems the same to me now in 2013 as it did to Locke in 1992), physical education is a site that endures (a) high levels of student alienation, (b) programme marginalisation in school curriculum and (b) deep and destructive role conflicts within those who teach. These are “brokes” that Locke felt were not easily repaired and therefore perhaps it is better to start from scratch?

One of the most telling suggestions made by Locke in his paper is that “in an intolerable number of instances, and in intolerable ways, physical education classes do not achieve their objectives. In the most profound sense of what we mean by the word education, they do not work.” Locke argued that students are learning to: dislike physical activity play; to disrespect physical education teachers; and devalue their own capacity to learn movement skills. However, he also suggests that some of the blame must lie with the “programmatic lemon” that many schools have inherited or been sold. The dominant model of PE simply isn’t capable of achieving its objectives. So what does he suggest instead? How can change be wrought? He suggests ten ways of looking at differently at change:

1. Top down doesn’t work - Mandates from on high (be it school boards or education departments) can be avoided, delayed, blunted and undercut as it is the local conditions that determine outcomes.

2. Teachers do change - many teachers devise new ways to teach, create new units and new assessment tools but with the lemon that they have it is hard to be address the fundamental problems as alienation, for example, still occurs.

3. Groups of teachers can engender change - by working in groups credible and practical outcomes can be achieved.

4. Just remove barriers - Is everything sacrosanct? If some things cannot be changed then it is harder to take meaningful steps forwards.

5. Plan before acting - assessment of the current situation is important but big changes take time and influenced as much by what can be changed as what cannot. Coming with possible solutions is better than being faced with obdurate problems.

6. Get commitment first - getting people to believe in an idea if the first step but this means that ‘we’ need to know that really work - change is after all a process and not an event.

7. Throw money at it - if something is poorly resourced then it is unlikely to succeed. As “time is money” then other investment besides hard cash is also need.

8. Keep it tight in focus and small in scope - change comes down to a narrow focus at the level of practice but it needs to be embedded in the organisational structure of the school and become immune to changes in other areas such as personnel, facilities, class composition etc.

9. Do it yourself - insiders are more effective than outsiders who are often just visitors who are gone before the difficulties emerge.

10. Success breeds success - On seeing success stakeholders what more of it. However, changes are often abandoned after two or three years and the process of change is ongoing.

I leave you to consider if these would be your top ten things of how to change? Or does one stand out as being a way forward? Indeed is something missing?