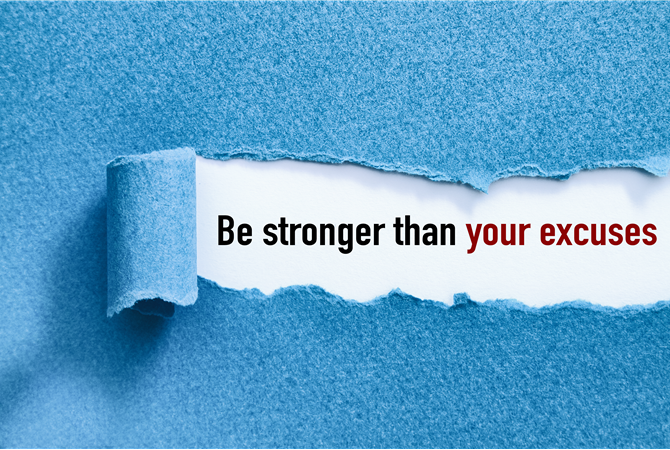 In the previous blog I explored how ability has been ascribed to students and that ‘we’ often assume that ability is fixed, rather than acknowledging it has a dynamic process. Indeed, when students enter our physical education programmes they are labelled - low ability, middle ability or high ability - but why? And at what consequence? I conclouded by asking how long this label lasts, and what lasting impact this ability label might have on students later in life.

In this week’s blog I reconsider Ennis’s notion that physical education, as a subject, owes more than just apologies to many students for their sport-based physical education experiences. She suggests that sorry is a first step but that actions speak louder than words. Indeed, without concerted efforts to ensure that we move beyond the poor practices that have plagued our subject area, then Ennis argues the subject will remain as a place of humiliation and embarrassment for some kids; not because of their race or gender (although this is still far too common) but because of their ability.

When I look at the way in which PE teachers are portrayed in the media – be it in the international media, in films or on TV – it makes me cross. Essentially every teacher is portrayed as doing a poor job and providing poor learning experiences for young people. Yet these are not the lessons good teachers strive to teach. Even teachers who are so firm entrenched in the idea that there is one traditional WAY of teaching PE, work hard to put the needs to their students first.

However, when I talk to friends about their PE experiences, they seem to more closely reflect those portrayed in the media.  When I think back on my earlier career, and the lessons I experienced myself as a kid, I recognise these media portrayals of PE teachers. I didn’t experience the caricature of a PE teacher that sees so popular in the media but my teachers (across multiple schools) displayed the traits – so to speak. Yes, they wore tracksuits and carried whistles and a large bunch of keys. Yes, they were athletic and competent sports performers – normally in games. Yes, they raised their voices and use physical activity as punishment. I did all of these things as a teacher myself. But, despite this, PE was a place where I thrived but I am increasingly aware that I was the minority in my classes at school.

Once, at a school reunion, I was described as the ‘sporting guy’ and ‘the last person expected to get a PhD’ and that seems like a fair summation of my school life. However, in contrast to many of the ‘sporty’ students, I didn’t always get on with my PE teachers. Sometimes the punishment runs were too much and the focus on winning inter-school games wasn’t always ‘fun' especially when we had a below par rugby team and especially in the wet and cold. But as a player and one of the ‘sporty’ students you ‘sucked it up’ and ‘got on with it’.

But if I hated it at times, and yet enjoyed PE, I wonder if the aspects of PE that my not so sporty peers hated and experienced very differently.

When I take this situation forward from my teens to the beginning of my career as a PE teacher then I know that many kids experienced both sides of this coin – loving it but hating bits of it or hating most, if not all of it. This is the bit that I need to apologise for and that, as a profession, we all need to do more than apologise for. We all know colleagues who teach this way – sometimes in celebrated sport-based programmes – who are either unaware of the potential impact they are having on the kids or who doggedly stick to curriculum approaches and teaching methods that favour the most able at the expense of everyone else.

It is hard to change your own approach to teaching and learning – often against many obstacles – but is this enough? How do we cater for everyone’s engagement in our programmes? Should we divorce our elite programmes and high performance expectations from our teaching and focus on the needs of each and every student?

Ennis, writing more than twenty years ago, wrote this paper as an argument for change. She argued that school sport is focused on high performance and rarely takes into account the “diverse characteristics of the individuals in school sport or the wide variety of contexts in which sport-based sport curricula are implemented”. She went as far as to suggest that the elitist notions of school sport constrain sport pedagogy and constrain our ability to acknowledge let alone address the negative practices that occur in schools. Indeed, while there are some good, even outstanding programmes, that exist nationally and international, there are increasing evidence that the sport-based physical education that many (and in using the term many in this blog I mean that any child who experiences poor physical education is one too many) kids experience is neither positive nor beneficial.

For many kids, sport-based physical education has had or will have a negative impact on their perspectives on physical education. Ennis suggested that many kids are expressing (to researchers) their unhappiness about PE. She highlights research that indicates that some kids will dress for class but will not enter the game by choice and when they are forced to enter the field of play refuse to become involved in the competition. Ennis cites research indicating that boys and girls report an intense dislike for the embarrassment and discomfort they experienced in sport-based PE and suggests that kids reported being the subject of verbal and physical abuse from their peers. It is to these students that the first set of apologies are due for, as Ennis states, “no one should be required to endure these insults in an educational setting”.

It has been widely reported that stronger, faster and more aggressive players dominate sport-based PE programmes and they are often encourage 'to "eliminate” weaker, slower, and more timid individuals’. These few individuals rule the roost in PE and the majority of the class are discriminated against and denied positive forms of sport as physical activity. Yet this is permitted in many programmes and this is a second apology that is owed, especially when many of the sports that dominate school programmes are viewed as masculine. This means that boys who don’t participate and girls who do are subject to “negative social and sexual slurs”  – especially when these slurs come from other students and parents. Given the fact that this paper was written more than twenty years ago, and given that the research that Ennis drew upon longer ago than that, it seems that there remains a gap between the needs of students and the programmes they are offered. In other words little seems to have changed.

Skillfullness is the currency of sport-based PE and those who have it prosper, while those who don’t experience discrimination and limited access to meaningful and positive physical activity. If we are to promote positive sport experiences then we need to “provide a meaningful, instructionally effective, and safe environment for all participants”. Yes, apologises should go out to those who might have wished to participate but who never felt safe to do so, to those who tried but were too embarrassed and to those who never felt comfortable. However, these apologies are “hollow and meaningless without concerted efforts to include all students in positive, school-based sporting experiences”.