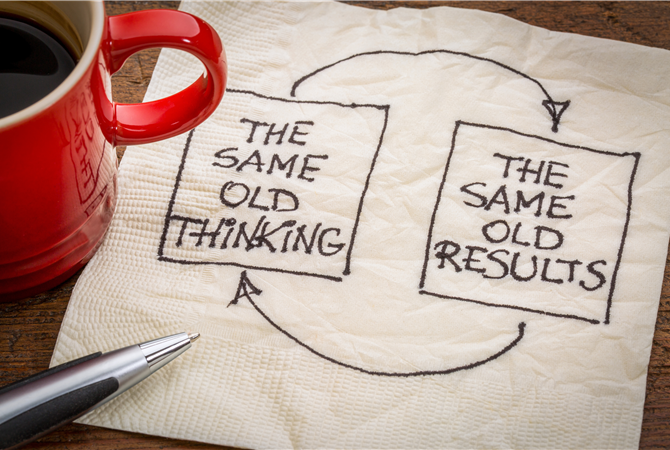 The previous blog asked if our beliefs around the nature and purposes of PE feature enough in our planning and subsequent teaching. It questioned whether our lessons were explicitly, for example, about the promotion of health and well-being (if that is what we believe the purposes of PE to be) or if these are ‘hoped for’ outcomes of our programmes. Essentially, if asked “do we put our money where our mouths are”?

In this week’s blog I return to 1992 and a paper that asks if PE is relevant to young people in a postmodern world. Yet whilst the paper was written more than a quarter of a century ago, it seems that the messages around the need to create relevant and meaningful learning experiences are the same now as they were then.  This paper highlights that fact that whilst we keep ‘talking’ about change, there has been limited change ‘actioned’ in practice.  In other words, the reasons for disengagement in PE in 1992 are still the same today. Or so it would seem.

I have drawn on Vicky Goodyear’s idea of the “Rip Van Winkle’ effect before to explain the need to do something tangible when it comes to reform in PE. In reading this paper (from more than two decades ago) and reflecting on the messages I am drawn back to the idea again. The story of Rip Van Winkle is one of a man who falls asleep for 20 years only to find that things have moved on so much that he doesn’t recognize his village or the people who live there. Goodyear used the story as a way of asking what would happen if a PE teacher fell asleep for 20 years? Would she awake and find things had moved on so far that she didn’t recognize her subject or, as Goodyear suggested, would she wake and simply return to her job without blinking an eye?

If we consider how fast technology moves in 20 years or medicine or science, or so many other fields, then it is clear that our teacher would have some major readjustments to make. However, in the gymnasium – indeed in the school itself – have things moved that far so as to make what she does in her physical education classes out-dated? I don’t think so and that is deeply worrying in my opinion.

This week’s paper suggests that PE is a subject in crisis. It suggests that children are bored and disaffected in PE, and that PE has little to offer children – even those who are active in their lives outside of school. This is an indictment, you might argue, that PE has faced and survived before yet it also raises the question – are we not learning from our mistakes? In a previous edition of the twitter based #pechat we discussed the powerful narrative of “I hate PE” that is evident on twitter through the tweets that young people make about their lessons. On #pechat we considered, as teachers, how we might address the concerns articulated by a fictional blogger (a girl we created from the messages in the “I hate PE” tweets). The messages that emerged from both the the blog and #pechat are ones that Tinning and Fitzclarence articulate – to some degree – some two decades ago.

So what other issues aren't we dealing with as a subject – indeed as many others have argued as an education system – that seem to be perennial issues? If you look back to your teacher training days or even when you was a student, what issues featured there that still raise concerns in our classrooms and staffrooms on a daily basis? If we all went back to our assignments would we find work that suggests that, unlike Rip Van Winkle, our worlds haven’t change?

Tinning and Fitzclarence start by asking ask if there really is crisis in PE or if, as academics, ‘we’ are merely talking it up. They then explore the responses of a small number of adolescents and one teacher who were involved in a study the authors were doing at the time. If this small sample could be scaled up – and given the large amount of research undertaken before, during, and after 1992 on this issue, then I would suggest that Crisis (capital C) is just what we have on our hands.

The authors, through the participants’ voices, built up a picture of both active and engaged young people who were seen, in their PE lessons, as uncooperative and unmotivated. It painted a picture of youth who enjoyed physical activity in the lives outside of school – sometimes as frequently as five or six times a week – and yet who saw little value and only experienced boredom in PE lessons. In contrast the teacher suggested that the students “don’t put in” effort to PE and therefore  they didn’t get anything out of PE, certainly not what she wanted them to get out of it.  She wanted them to enjoy movement but some children point blank refused – despite coercion – to get involved. There’s a question here that seems to fit… “did they learn it wrong or did she teach it wrong” – I suspect the latter. They are not “putting in” because of the way it is presented.

One of the core reasons they cite for this disconnection is the emergence of a postmodern society. In a nut shell postmodernism is a set of social, cultural and economic conditions that heralded a time of global capitalism and individualism. It is this focus on ‘self’ that the authors felt was important. “Pupils are engaging in radically new cultural conditions and bring with them new sensibilities, needs and expectations.” These are driven by the media – particularly in the examples used by Tinning and Fitzclarence from advertising. Reebok and Coke use fit, athletic models with vitality and happiness aplenty to sell their wares and as a consequence the slim and muscular body becomes the “icon of desirability”…not a new message in 2019 but this paper is over 25 years old!

What this example shows is that it is no longer just the family, school and community that raise and educate a child. It is the world. Particularly the world contained in our information rich society that repeatedly shows us what it means to be desirable and this is not what is shown to them in PE or in their PE uniforms. Tinning and Fitzclarence argue that this is one of the root causes of the crisis in PE because PE doesn’t correspond to the kids interests and it provides little opportunity to develop their ‘self’. If students are good at games or enjoy games then – great – if not then what does PE have to offer? It doesn’t replicate the images that dominate the space and time that these students occupy and therefore seems irrelevant. Instead, it is the macro level market that bombards each child on a daily basis  that increasingly manages the micro-level self of each student.

So what to do when early experiences and perceptions are shaped by television, radio, video, and computers? Where adolescent life in the outback of Australia is increasingly influenced by life in Los Angeles, Tokyo, or Berlin?

It has been said time and again that children are active in their acceptance or rejection of the messages that PE presents and yet, as Tinning and Fitzclarence argued then, we are ignoring this voice. Students, in managing their ‘selfs’ are constructing a life that doesn’t include PE and where school is a place to do well academically in order to get a good job.

As a subject we need to make informed decisions based on discussion and debate. We need to develop a curriculum that is related to the modern world and which has relevance to all students. Currently there is a clash between PE and the place of physical activity in students lives out of school. To resolve this we need to rethink the nature of school PE and, in the words of Tinning and Fitzclarence, “consider the possibilities for a postmodern curriculum in PE”.

< Back to Home
Social Beings
We learn how to behave. In different situations and at different times we learn what is acceptable and what isn&rsqu...
radical doubt
The first time I heard him speak I thought he was a lost prophet, a zealot preaching a message of ‘power to t...
Pedagogical Change
"Grant me the serenity to accept the things I cannot change, courage to change the things I can change, and wisdom ...
Archives