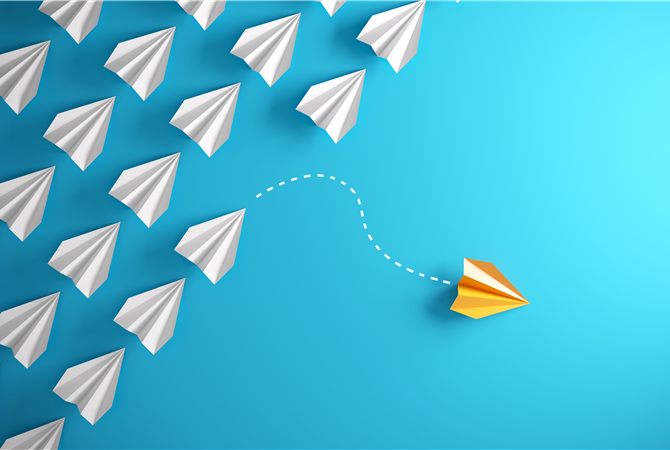 The serenity prayer seemed like an apt metaphor for pedagogical change in physical education. So much has been written about “that traditional way” of teaching in physical education that it might be assumed that perhaps, as educators, we simply need the serenity to finally accept that no(thing) can be change. Yet, if we actually believed that then I wonder what our future is and the opportunities that we might overlook and ignore in our meek acceptance of ‘reality’.

I certainly believe that serenity, courage and wisdom are needed in pedagogical change but, perhaps, in different ways than was first intended by the prayer.

My experience of pedagogical change comes from seven years of personal change; a period in which I meet forms of indifference, resistance, ridicule, barely disguised distrust, and open confrontation. What I did – in advocating for a models-based practice approach to teaching physical education – was increasingly distanced myself from the traditional way of teaching. The better I got at MbP the further away from the traditional model I strayed and the more uncomfortable it made my colleagues feel (certainly not all of them and not all of the time but some of them and some of the time). I was told I didn’t teach properly. I was asked not to use this ‘rubbish’ when we had visitors. Aspiring teachers were questioned when they wanted to watch me teach, and my practices left the school when I did.

It wasn’t easy and I did need a degree of serenity to understand when I was confronted with aspects of life at school that I could not change. I also felt that it needed courage to push forwards with some of the ideas I had to change things against the different types of resistance I faced. Sometimes this resistance was overt and ‘in my face’ and at other times in was a form of covert undermining – at least that is how I see it now – but it certainly didn’t make my life easy. I also think that, on a number of occasions, I didn’t recognise the difference.

That said the things that initially felt unchangeable became more malleable the more I got to grips with these untraditional approaches to teaching and the more colleagues saw them working. I also became better at adapting my practices and shifting my aim so that I could achieve change in the spaces I controlled rather than in the more communal spaces of teaching in PE (i.e. whole year group team teaching situations). by modifying my aims and picking my battles (so to speak) I was better able to engender change in my practice and the learning of my students. Yet I was also increasingly less likely (I know realise) to engender change in the pedagogical approaches of my colleagues and my school.

Perhaps I wasn’t prepared to compromise and take the time to help others to change? Perhaps they weren’t prepared to accept an alternative? Perhaps our agendas were too far apart and perhaps we lacked the wisdom to come closer together rather than insisting that ‘we knew best’. It is easier in life being right than being wrong but if we want to make changes and strongly believe they are for the better then someone has to offer an olive branch. If you think something works well do you keep it to yourself or proffer it up to others to try? If we shared our ideas more freely and discussed our feelings and aspirations perhaps pedagogical change wouldn’t be quite so hard.

Hickey focuses this paper on two aspects of pedagogical change. He starts by exploring his decision to change an extensive unit of work in a physical education teacher education (PETE) programme in Australia and finishes by investigating the impact that this had on the teaching of two of the pre-service teachers on the same course. What he found was that programme change and critical consideration of teaching in PE is not enough to easily facilitate change at an individual teacher level.

Much of the initial impetus for Hickey’s decision to change had been based on his own inspiration to make change. He wanted, in his words, to “enlighten” his students, as he has been enlightened. He wanted his students to be more aware of critical theory; of what they thought about, what they were concerned about, how they theorized their practices, and how they actually taught PE. As importantly he wanted to bridge the gap between theory and practice (or mend the road between the two) and he sought to frame his work through praxis (theoretically informed practice). Fundamentally he aspired to move his students away from a technical orientation towards teaching (what Tinning had described as “centring around techniques and strategies that are concerned with the most efficient ways to achieve essentially non-problematic ends”). In other words, he wanted his students to be more questioning of their approach to teaching and more aware of issues such as ability, gender, race and class.

What he found was that while different students had different responses to critical theory there were some aspects of both ‘school’ and ‘practice’ that would take considerably more than a unit of work to change – if in fact they were changeable at all (at least in the short term). Using two case studies as a means to explain the ways in which different students approach the ideas of critical theory, praxis and pedagogical change, Hickey showed how past experiences impacted on the students, readiness to make changes.

The first student, ‘James’, was a typical PETE student. He had thrived in PE, got on well with his teachers and had to work hard to obtain his position towards the top of the pecking order. He thought that, like it or not, some kids simply wouldn’t like and/or be good at PE. This didn’t mean that PE teachers should compromise their teaching or their ideals – after all the maths teacher wouldn’t compromise with arithmetic so why should he? He felt that kids should be active in PE and that teachers should set an example in PE by being fit and athletic. Furthermore, he felt that PE should cater for the most able because it gave the weaker children something to aim for. Besides he wouldn’t focus on mediocrity.

The second student, ‘Erin’, was more aware of issues of inequity and oppression in PE. While it took her some time to move beyond a theory of equity (that was just expressed as a belief) and develop a pedagogy that was more inclusive (and which showed up in her practice) she was more willing to try new things than James had been. Yet she also recognised that there were certain things that she had to do in her teaching if she was to be taken seriously and rewarded. That said she was willing to try new possibilities and adapt her practice to “better mediate contextual demands and impediments”.

James, Hickey argued, ‘heard’ the messages from his critical theory classes but he didn’t see them as being relevant. He rejected any pedagogy that didn’t develop skill and was unwilling to try new ideas more than once. Erin on the other hand sought to “limit her sphere of influence to areas of practice that she could practically engage” with. She found, in other words, spaces where she could escape the influence of traditional practice and be more critically in her practice.

This is the key take home message to me. We need, as Hickey suggests and as Erin did, to “reconcile the extent to which [our] critical aspirations [can] be realistically lived-out within the context of [our] practice”. Put more simply we need to find way of circumnavigating the resistance of supervising teachers and colleagues (who might not support our ideas) and continue to be critical practitioners who seek the very best education for the children and young people in our care.