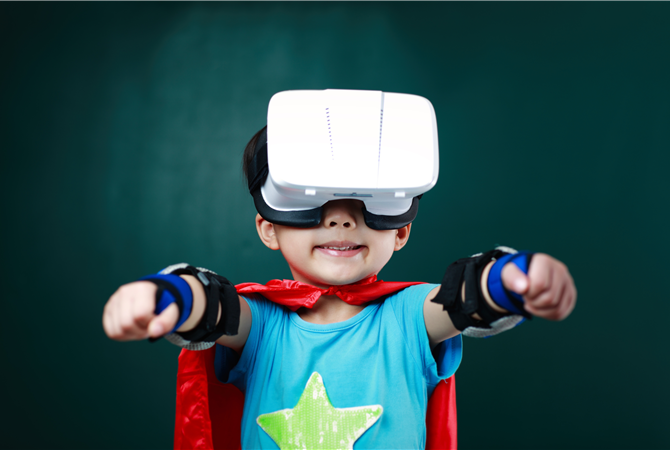 In the first PEPRN Podcast we discussed Pill’s (2014) paper on the use of game design principles in physical education. Over the course of our conversation our thoughts and ideas turned to student designed games which, in turn, resonates with this paper. While that might seem like an abstract connection between ideas and papers, I promise it makes sense to me. That said, I will endeavour to explain my thinking.

In 2007 Peter Hastie sent me an email out of the blue with an invitation to collaboratively explore the use of student-designed games. I was working full-time as a teacher and the data gathering for my PhD was mainly complete. So, being a glutton for punishment, I said yes and we started to plan for a joint research project. Coincidently, or perhaps serendipitously, I’d been wrestling with the idea of using wikis in physical education but had yet to find a way. This research project gave me an opportunity to experiment.

The students, in their design teams, would spend seven lessons designing a game. The first three of those lessons was be spent in the school library working with a great friend of mine [who was latterly national school librarian of the year and a fantastically innovative pedagogue] and me. While the last four was spent in the PE department making their ideas come alive. While they designed their games on paper, they used their team’s wiki as a platform to articulate the rules of their game and present their ideas through drawing and images etc. While this virtual platform allowed me to comment in real time on their work it also allowed Peter (and subsequently his PETE students and then their high school students) to comment from 3000 miles or more away. When my students saw others playing the games they had designed, they wanted to do more.

The aim was only for them to use their lessons to plan but they ended up spending break time and home time to work on their wikis. This was a totally unexpected outcome of the project, but I wonder what would happen now if we tried to plan for it? I suspect it would be a little hit and miss. I also suspect that many of the concerns that Marttinen, Daum, Fredrick, Santiago and Silverman raised in this week’s paper were hidden beneath the successes Peter and I reported in our work. When trying anything that breaks the norm, for example, changing the idea of PE as a break from school into a place of thinking and writing, there are those who will disagree and resist. Equally, while it is easy to assume that everyone has access to a computer at home and that technology will work seamlessly with other technology, we know that simply isn’t true. I suspect that Peter and I overlooked this in our work. Afterall, the students were never supposed to do PE at home. But they did (which was great) and we assumed they could (which wasn’t). So next time you suggest the latest app or device, stop and think about every body rather than assuming everybody is OK. I wish we had.

Marttinen and colleagues set out to explore students’ perceptions of using technology as a form of in school and at home learning. The paper was built on the established premise that wearable technology can aid student performance and has been shown to increase student engagement and motivation to be physically active. They also highlighted the importance of including personal goals and allowing for flexibility in terms of predetermined targets (for example, 10,000 steps).

One of the challenges of this paper, as Marttinen et al articulated, is the almost uniformed expectation (in what we would call in the UK, Core PE as opposed to examination PE) is the lack of written and home-based work. Homework, while providing “students with additional learning opportunities that would otherwise not be possible during limited class time”, is far from the norm in physical education. Indeed, the almost complete dearth of papers in the field exploring homework speaks volumes to about the perception (or lack thereof) of the academic community regarding this issue and, in turn, lends significant weight to the need and place of this paper as a standalone example of work in this area.

The aim of the paper was to “explore how the implementation of the Fitness Integration with Technology (F.I.T.) unit was perceived in middle school settings and to explore students’ experiences of the unit and of technology in physical education.” Three themes were presented in the paper, each of which will now be explored.

Technology – technology was not seamlessly integrated into PE. Having the technology, in this case accelerometers [MOVband] wasn’t enough. They needed to be supported both by the students and by supportive technologies at home. Firstly, the MOVbands were bulky and simply wearing them was an issue for some students. Others reported that they couldn’t wear them at certain times. For example, one student couldn’t wear them during track competitions and they felt that they were missing out just at the time when they were “getting really high [step counts]….I wasn’t able to see what I was really getting and how high I could really get.” Others couldn’t wear the devices in swimming or in the shower and in taking them off then they forgot to put them back on again. As a result, students were losing examples of their high levels of physical activity in a physical activity study. Finally, and despite the efforts of the researchers, technology at home dictated how much access the students had to the software. Some didn’t have a home computer while others had parents who controlled what software could go on the computer. Others couldn’t get the MOVband and the home computer to sync and so couldn’t access the online portal.

Homework and cognitive learning in PE – getting the technology to ‘work’ was the first of a number of struggles. For many students, homework changed the way they saw PE. Where previously they might have viewed it “as a break, as fun, and as a time in their day when they get to play games.” The addition of homework changed their perception of physical education from a place of movement to a place of sitting and reading. They could see why it might be useful but couldn’t see why it was necessary. Others saw the data gathering tools as “a little ridiculous because it’s pretty stupid that you had to do a collage for gym and questions about exercising for gym.” In contrast, some students were less damning of the collages and felt they allowed them to freely express themselves, while others agreed that the occasional use of homework was OK just not regularly.

Wearing accelerometers may have motivated students – One of the purposes of the study was to use the MOVbands to help students to make informed decisions about their physical activity over time. For some this was the case, and they used the data to try and maintain or increase their activity knowing that it was good for them. While some didn’t like the technology because of its bulkiness many more said they “enjoyed using the data form the MOVband and stated that viewing the scores motivated them.” The default movement setting was 10,000 steps but within a couple of weeks some students changed this goal, either because it was too low or because they wanted to do more moves each day and beat their previous achievements.

Marttinen and colleagues concluded that technology isn’t a one-size fits all approach to PE. For “some students [technology] was a motivating factor to increase PA, and the use of accelerometers was a welcomed addition for students. Some students, however, raised concerns about the integration of technology, such as the bulkiness of the accelerometer, not being able to wear it at sporting events, a novelty effect, and the lack of access to technology at home, which limited their interaction with their accelerometer data." The changes the F.I.T. programme engendered in PE and their perceptions of PE was also noted. They didn’t like homework in PE regardless of the expected allure of the vehicle used to deliver the cognitive work.

Given the mixed outcomes of this study it is worth considering the payoffs inherent in using technology and mitigating against them. It is important that all students have equity of opportunity. Equally it is important that we pre-empt, were possible, and then react where necessary, to problems, concerns and inequities with regards to technology. If we believe in it, then we have to value it and ensure that everyone has the chance to use it, as is befitting of their circumstances and experiences. Only then can we hope to ensure that everyone can benefit.

< Back to Home
Home Alone
The notion of isolation and marginalization has become increasingly prevalent over the last year. We are spending mo...
Lego(ing) the Curriculum
Scrolling the various social media feeds I manage leaves me with both a sense of struggle and uncertainty and also o...
Jocks on Box
I spend a lot of time each week trying to imagine apt, and hopefully, interesting titles for my blogs. That said, th...
Archives