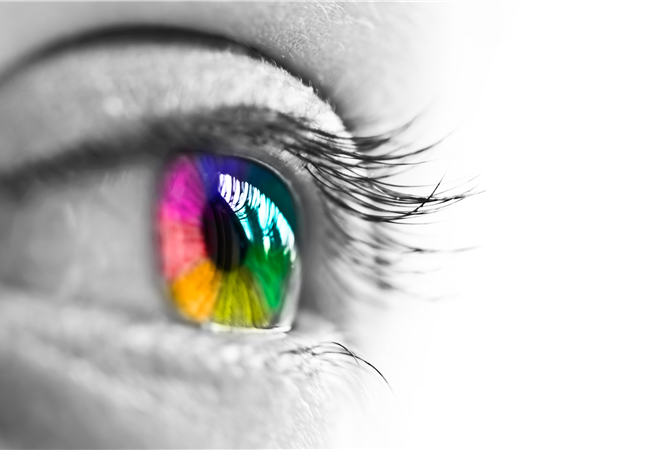 Sicilia-Camacho and Brown explored the significant theory shift that occurred between the first and second editions of Muska Mosston’s seminal work Teaching Physical Education. The book, first published in 1966 before its first revision in 1981, is described by the authors as “one of the most influential pedagogical texts in physical education.” For many the book is, perhaps, better known when the name Sara Ashworth is added to text and the work of Mosston and Ashworth is almost certainly writ large, somewhere, on the reading lists of many undergraduate courses in physical education and/or kinesiology. However, it is now known for its advocacy of a spectrum of teaching styles that range from reproductive styles (such as the ever-present ‘command style’) to productive and discovery styles (such as guided discovery).

The spectrum of teaching styles has, according to Sicilia-Camacho and Brown, taken a central place in PE pedagogy and has “become an almost taken-for-granted core logic for knowledge transmission.” What is often overlooked (or what often passes off unnoticed) is the significant shift in the underlying ideas and theory of the spectrum, which has significant implications on what the spectrum is advocating for, indeed what it stands for.

In 1966 the spectrum has a clear message that the eight styles: teaching by command (A), teaching by task (B), reciprocal teaching (C), small group (D), individual programme (E), guided discovery (F), problem solving (G), and creativity (H), should be considered hierarchically in regards to their ability to meet what Mosston considered to be the overriding aim of PE i.e. to promote independence in decision-making. In other words, style H (creativity) was the best style for promoting independent decision-making and therefore should be the style that every teacher aimed to master. It was certainly better than style G (problem solving), which in turn was better than style F (guided discovery) and so on and so forth down to the least effective style, style A (teaching by command). Ironically many have criticised command style teaching as being THE way of teaching physical education and yet here is Mosston, in 1966, condemning it as the weakest and least effective teaching style.

Sicilia-Camacho and Brown indicate that Mosston based his belief that the aim of teaching should be to promote independence in decision-making on two philosophical assumptions. Firstly, that learning in PE was an evolutionary process that had as its goal independent decision-making and open mindedness towards knowledge. Secondly, Mosston considered teachers pivotal in this process but that they were, themselves, subjective and idiosyncratic beings that are always learning how to teach.

Mosston deliberately set these teaching styles up as an either/or (in what has become known as a versusapproach) and stated that one style was better than another. However, by the second edition in 1981 this had changed to a non-versus approach which suggested that all teaching styles were equal and that teachers should choose and master the ones that allowed them to achieve their goals for that portion of the lesson. Therefore, if children needed to reproduce skills and actions then a teacher would use a reproduction approach such as practice (style B) but if they needed to discover something later in the lesson then the teacher would switch to convergent discovery (style G). Because teachers would be conversant in every style they could change as required and, therefore, address the needs of every learner.

The problem I have, as I did when I wrote my PhD and discovered the same theoretical shift, is that I feel that the 2nd edition of Teaching Physical Education was a step away from the ideals that Mosston first advocated for. I believe that the two philosophical positions that he held dear are right and I do think that promoting independence in decision-making should be the aim of education and this is where I lose my subjectivity. Like Mosston (in 1966), I believe that every educator brings his or her total self to the job – be it their cultural background, their biases, or their personal limitations – and that their value structures and self-assertions do largely dictate their behaviour and the ways in which they conduct themselves as teachers. Education, for me, is about helping the learner to be independent and, as Mosston originally suggested, the spectrum serves as a scale against which you can judge your current beliefs.

This is a crude mechanism (and a very simplified version of my beliefs) but I do feel that we should aspire for better things for every learner in our care.  However, I also wonder what harm this theoretical shift did to teaching in physical education. Penney and Evans (1999) suggested that “perhaps more than anything we need to talk about pedagogy in physical education” and what does the spectrum say about pedagogy? That teachers can master eleven styles and switch between them at a whim? That simple ‘mastery’ of a style means excellence in teaching? This screams of standards-based teaching – indeed of teacher-proofing teaching – and that (as I will explore in the second section of the blog) worries me.

Sicilia-Camacho and Brown suggest that the move from versus to non-versus signalled a shift in Mosston’s stance towards education. They believed that it removed ‘subjectivity’ (i.e. personal interpretation or vision) from the spectrum of teaching styles and not to its betterment. They believed that, in advocating for non-versus, Mosston (and later Mosston and Ashworth) felt that teachers’ choice of different styles should “be driven by criteria externally set and independent of their own distinctive and peculiar teaching selves. In other words, if a teaching style was said to be reproductive then the teacher should accept this and use the style as described rather than as fitted their context.

Mosston’s shift to a non-versus argument for the spectrum, Sicilia-Camacho and Brown argued, showed his belief that ‘each style has its own place in reaching a plethora of discrete, differential objectives” and that when these objectives were considered objectively then “no style, by itself, is better or best.” Consequently, the authors felt, the definition of a teaching style shifted from one that was dependent on the knowledge and beliefs of the teacher to one that was independent of the teacher. In other words, the style would achieve the same outcomes regardless of the teacher using it. Furthermore, the aim of the spectrum was no longer about the development of creativity and independence in decision making but instead achieving the predetermined outcomes of the style. It is, Sicilia-Camacho and Brown felt, a step towards “restricting teaching action to a technical or mechanical rationale or the imposition of an end-led model”. In other words, if you want this outcome then use this style.

Worryingly, from my perspective at least, “to be able to select the teaching style for each class sequence, the teacher is assumed to have a full grasp of each and every one of the styles on the spectrum.” Having used three pedagogical models - plus a hybrid of practice and guided discovery (as a guess at what I did) - in my work as teacher I fully understand the difficulty of getting a full grasp on a single model let alone three. Furthermore, and as Sicilia-Camacho and Brown suggest, this still positions the teacher as a technocrat and not as a pedagogue. It reduces “professional reflection to decisions about choosing from a universalised menu rather than thinking why, and how, given teaching styles are relevant to particular cultural context.”

Teachers, indeed educators, at any level are, to me, experts in their own context. The ecology of schools are ever-changing and what works in one lesson doesn’t always work in the next. They are fluid places that need skill to navigate and understand. They don’t respond well to technocratic approaches – teaching by numbers so to speak. It is complicated enough to change our approach to teaching from one year to the next and yet Mosston is suggesting that we do it five times in a lesson.

Personally, I think it comes down to the very subjectivity that Mosston tried to remove. What do you fundamentally believe and how can you achieve this? For me it is that I want to help the people I work with to progress in one direction – towards the maximum fostering of independence of decision-making. You? What do you believe and how does your choice of teaching style make this possible?