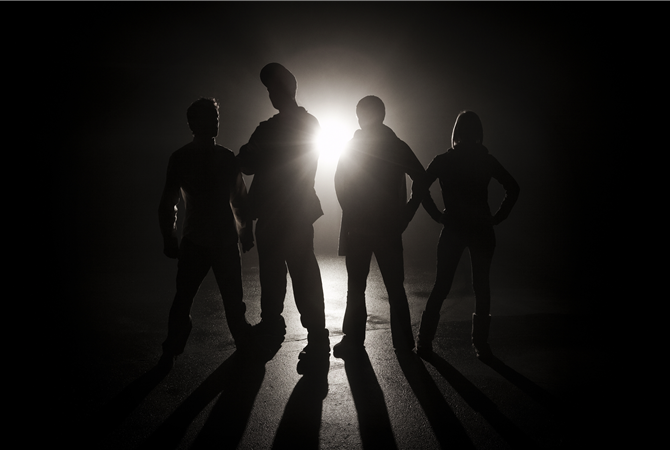 I’m sure there’s a class in every school that are decried more than the rest. This class is often identified as the unteachable, the dreaded and, for example, ‘6AB’. It’s the class that no one wants to teach at 2pm on a Friday. It’s the class that is the topic of staffroom conversation and a couple of teachers, different ones every day, complain about ‘6AB’s’ behaviour. Those next on the timetable hangs his or her head at the very thought that they’re teaching them next. In fact, I can’t think of a single conversation that ever went along the lines of “had 6AB today and they were a dream to teach.” These words, or ones like them, were never spoken in my school.

One kid, among a core of about six in my ‘6AB’ was the most difficult, in my eyes, of them all. In my PhD study he became known as Coco the Clown. I can remember his face clearly now and his name and the enduring image of Coco as the class clown is one that will stay with me for a long time. Such was Coco’s influence on the group that when he was absent, they were like a different class.

As I have written before, such was the ‘delinquency’ (to coin a phrase from this week’s paper and use it arbitrarily to describe this class – particularly Coco) of 6AB that I initially kept the ‘good stuff’ (and by that I mean the models-based practice) away from them and taught them as I had tried and failed to teach them (at least teach them very well) for the previous three years. One of my critical friends brought me to task on this and asked, “why the best classes got what I considered to be my best teaching and the rest got what they had always got?”

That question stumped me for a bit but, truth be told, I didn’t have an answer outside of fear and sense that they didn’t deserve the best – only the best deserved the best. What I’ve come to realise is that everyone deserves the best and that I’m not convinced (any more) that kids do learn things wrong. I must be a significant part of the learning equation and therefore ‘wrong’ is a matter of perspective. I’m sure that on a number of occasions I simple and repeatedly taught it wrong.

Yes, trying to teach them through Sport Education was a challenge, and colleagues at the time thought I was rewarding their poor behaviour by giving them what they wanted, but the glimpses (sometimes which lasted nearly a whole lesson) of what they could achieve was motivation enough. I don’t think that the unit was a success but nor was it a failure. It took steps forward and steps backwards and Coco took them with his class. Did it change them? In the short-term no. Yet as they matured, and my teaching matured with them, then they did get better. I’m not convinced they ever lost their tag as ‘unteachable’ – not in many people’s eyes – but in trying something new and focussing on more than just academic outcomes they did become, um, teachable.

Do you have a class like 6AB or a student like Coco? Einstein suggested two things (among many) that are of relevance here:

Everybody is a genius. But if you judge a fish by its ability to climb a tree, it will live its whole life believing that it is stupid.

Insanity is doing the same thing over and over again and expecting different results.

My question to you is, “are we teaching the ‘fish’ in our care to climb trees in the same way, time and time again, and then complaining that they are unteachable?”

DeBunk and Hellison explore the development of six delinquency-prone boys and their responses to school, to physical education, and to a special programme of physical education focused on teaching social-responsibility (through the teaching personal and social responsibility (TPSR) model). While a number of assumptions can be made about the school and the PE programme, none of which are clarified in the paper, it is important to understand a little more about this special programme and its use of the TPSR model.

TPSR fits into the family of models known as pedagogical models (like sport education, TGfU and cooperative learning) and has a particular focus on social development. Specifically, it presents PE goals as a series of developmental levels through which students can progress. TPSR doesn’t position these as fixed (“as children don’t follow fixed patterns of progression”) but uses them as “a framework for planning, responding to specific incidents, and evaluation, as well as providing a vocabulary for doing so”. The five levels are presented as follows:

Level 0: Irresponsibility – students are unmotivated and undisciplined. They try and discredit and ridicule other students, they interrupt, intimidate, manipulate and abuse other students and sometimes staff.

Level I: Self-control – students may not participate or show mastery or improvement but they control their behaviour and don’t interfere with other students ‘right to learn’ or teacher’s ‘right to teach”.

Level IV: Caring – students are motivated to extend their sense of responsibility by cooperating, giving support, showing concern, and helping.

The authors suggested that the number of office referrals (i.e. the number of times a student is referred to the school leadership team) attributed to these six students did not change as a result of the intervention. This statistic alone could be considered definitive and would suggest that the special programme achieved nothing in terms of reducing school-wide incidences of delinquency. However, what this finding actually highlighted was that it was difficult to transfer gains in a special programme to the main school lives and attitudes of these six boys. This was particularly evident when the brevity (3 x one-hour recess sessions over six weeks) is considered.

There were a number of affective (emotional) changes as well. Many of the boys showed enhanced perceptions, feelings and values towards self-responsibility and they valued the opportunity to talk about their problems.  They felt that the special class helped them to learn and “be better” and most were more accepting and took some responsibility for themselves. The boys were seen as being more open and sharing in their attitudes and they were certainly more aware of the levels – especially self-control and caring.

However, the majority of these perceived gains occurred only (or at least most noticeably) in the special programme and there was a real issue about transferability. The teacher was aware of this, but he was also aware of the brevity of the programme. From his perspective his attitude towards these boys – who he had previously seems as delinquent – had shifted and he could noticeably see the benefits of using TPSR with all his students and not just in isolation.

DeBunk and Hellison concluded that while TPSR was a “vehicle for the social development of delinquency-prone youth” it needed time to have an impact beyond the site of implementation (my words borrowed from Kirk and Macdonald). This finding is similar to the wider literature on change and it suggests that, as educators, we need to stop expecting change to be quick and dig in for the long haul. After all, Rome wasn’t built in a day.

< Back to Home
If-then-do
You know the situation. New timetable, new teaching group, new subject content area (maybe even a new school) and yo...
All Well and Good?
In her explanation of insider/outsider practitioner research, a friend of mine once told me a tale of a ‘botto...
Extending Personal Meaning
This paper formed the introduction to a monograph in the Journal of Teaching in Physical Education about t...
Archives