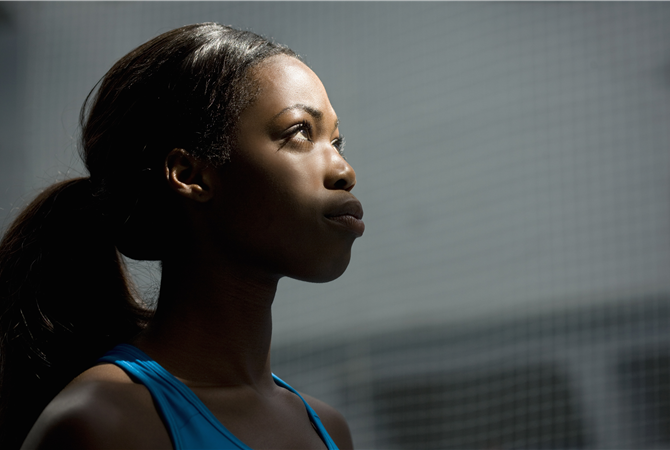 I’m going to be honest. While I always look for papers for this blog that challenge and intrigue me, both as an academic and as a person, I could easily have ducked this one. I could have found something safer and closer to my expertise. I could have found something more in my comfort zone. I could have found a paper that didn’t worry me that I’d put my foot in my mouth and say write something stupid or that I simply wouldn’t get it. I therefore offer any reader a piece of advice. Read Langston’s paper. It is a provocative and challenging piece of scholarship, and I haven’t done it much justice in this blog. In fact, I have perhaps done it so little justice that I have muddied the ideas, but I don’t apologise for that. There were a number of times when I considered turning away from the paper, but this is something that I felt people should read about and try to understand. So here is my consideration of Langston Clark’s ideas: warts and all.

I’ve said this before but it’s worth saying it again. I’ve enjoyed, and continue to enjoy, a huge number of privileges. I’m a man. I’m White. I’m well educated. I affluent. I grew up in a predominantly white community. I work in a predominantly White profession. I also benefit from a degree of witlessness. I’ve never experienced discrimination because of my skin colour and I know very little about race or critical race theory and why have I needed to? I haven’t need it. I haven’t need it for my research or my life. Or at least, I didn’t.

Black Lives Matter has been a watershed moment in my life. It’s been an awakening of sorts. White Lives Matter has also been a watershed moment but for very different reasons. That was a cry of despair on behalf of privilege. From people I know and whom I went to school with. This, to me, was the scream of the spoilt child who wasn’t getting enough attention. This was a cry of ignorance and misunderstanding. White lives do matter, no one was saying that they didn’t, but don’t matter anymore than Black Lives matter.

At this point, and in taking inspiration again from Brian Culp, I pause my reflections to offer up a disclaimer. This blog is not intended to represent Langston Clark’s views nor his body of work. Equally it is not supposed to position myself as an expert in this field. In fact, it does quite the opposite. In truth, and as I have already said, I write this blog from a position of privilege. As a White, heterosexual British middle-class man I have long stood apart from, and remained ignorant of, these issues. I acknowledge that while I’m striving to better understand my privileged position, I’m failing more often than I’m succeeding. I also acknowledge, in an echo of Brian’s words, that this blog “is not a substitute for intentional and sustained efforts to combat inequity, racism, other “isms”, and other anti-black practices.”

Langston Clark begins with a celebration and a reality check. He celebrates social justice’s move from the periphery to the forefront of scholarly narratives in physical education teacher education (PETE). He lauds both the scholarship that “deals with issues of gender, culture, ethnicity, poverty, and sexual orientation” and scholars whose commitment to social justice is giving it a weight of recognition it has never known before. Having done that, however, he offers all of us a warning. We need think more about race. He begins his analysis with “a critique of the current usage of recourse pedagogies in PETE” and invokes Django Paris’s argument for “a culturally sustaining pedagogy for students of color.” Finally, Clark “recognizes the need for an approach to cultural sustainment that includes Black teachers, Black preservice teachers, Black educational institutions, and black teacher educators.”

His first criticism of our scholarship focuses on resource pedagogies – A term that I first learnt of when I read Clark’s paper. As such I am solely dependent on his articulation of these pedagogies in my summary. Derived from the educational movement of the 70s and 80s, resource pedagogies emerged from an argument that positions “the languages, literacies, and cultural ways of being of students and communities of color as equal to, but different from, the ways demanded and legitimated in school teaching and learning.” This approach saw understanding of marginalized communities linked to dominant White middle-class norms and was seen through the lens of this dominance. Resource pedagogies sought to give students the resources to understand difference from their own perspective. It was meant to help Black students understand the difference between their experience of life and the dominant White middle-class narrative. It was also meant to help White students understanding how to be respectful of, and responsive to, the differences they saw in other communities when compared to the White middle-class norms they knew so well. What it didn’t do, Clark argues, is teach either group of students to develop their “ability to critique the status quo [nor] act in accordance with those critiques.” Recognition was not the same a “critical consciousness.” Understanding difference doesn’t mean that difference will be accepted in the dominant culture nor that it will be allowed to survive and prospect. Understanding simply means that difference will be understood not challenged.

In an effort to move towards a critical race pedagogy for PE, which is the focus of this paper, Clark argues for the use of critical race theory and its five tenants: counter storytelling; the salience of race; Whiteness as property; the social construction of race; and interest convergence.

Counter storytelling – Clark explains that such alternative narratives are not “a racial rant in response to an offence” but are instead stories, written from the perspective of people of colour, that advance our understanding of how racism functions in education.

The salience of race - refers to the normality of racism in all Western and Western colonialised societies.

Whiteness as property – “…asserts that in the United States, and throughout the colonized world, the law is not based upon human rights, but property rights”, in short, “Whiteness was the characteristics…of free human beings.”

The social construction of race – Race is not a biological fact but “rather a complex social mechanism built around political factors, history, location, group affiliations, as well as physical traits.”

Interest convergence – People in power work hard in the interest of others but seldom will they work against their own interests. When those in power are from majority groups then they can always be said to be working in favour of the majority, even if other groups continue to be marginalised.  The interests of the minority are only developed when they match those of the majority.

Arguing for a critical race pedagogy, Clark holds that such a pedagogy should “rely solely on the perceptions and practices of educators, families, students and community members of color.” Such an approach pedagogy, based as it should be on the experiences of black teachers, would concern itself with four issues: the endemic nature of racism; the importance of cultural identity; the interactions of race, class, and gender; and the practice of liberatory pedagogy. It what remains of this blog I will try and articulate Clark’s argument (albeit badly) whilst urging you to read more of his ideas.

The endemic nature of racism – “race and racism are permanent fixtures embedded in the fabric of society. Racism is not unusual but is the norm and the every day. It is evident in education through the curriculum, instruction, assessment, funding and desegregation.

The interactions of race, class, and gender – this speaks to the need to recognise diversity in Black communities and “not ignore Black women, the Black poor, or any other strand Blackness in preparation of Black teachers of PE.”

The practice of liberatory pedagogy – “liberatory educators encourage and support dialogue in the classroom; engage in daily self-affirmation exercises with students; and consistently challenge authorities who advocate for hegemonic and oppressive practices.”

Clark builds his call for a critical race theory of PETE on the four issues above and asks that teacher educators in physical education recognise the sociohistorical and disciplinary contexts of teacher preparation, the need for Black self-reliance and the need to value Black bodies.

PETE is predominantly White and is situated in Whiteness. It has a history of “anti-Black racism and exclusion” and it situates its pedagogical practice in that history. It doesn’t purposefully serve as a site “that emphasises the uplift of Black communities, whereby teaching is one of the most respected professions in Black communities.” In contrast, a critical race pedagogy of PETE would help teacher education to serve as more than just a place in which to prepare the next generation of physical educators. It would serve instead as “conduit of professional recognition and racial justice within the discipline.”

Clark criticises the inadequate consideration of the physical body in social justice. Whilst the assessment of children in physical education has traditionally explore four domains of learning (psychomotor, cognitive, affective and more recently cultural) the focus in resource pedagogies has been away from the physical and has, therefore, neglected Black bodies. A critical race pedagogy of PETE would celebrate physical literacy and physical activity whilst mitigating against the “pressure to overemphasize athletics, especially within Black communities.” This overemphasise has seen a focus on sports for Black males and a neglect of the educational needs of Black females. Sports dominates physical activity and fails to value the education of the whole child.

In concluding, Clark argues that “critical race pedagogy of PETE is an approach to a critical race pedagogy that is both unapologetically and holistically Black in its theoretical grounding and praxis. It is holistic in the sense that it does not neglect Black bodies as a central piece to the education of Black children.” A critical race pedagogy of PETE “adheres to a Post-White orientation” and “challenges Black scholars and teacher educators within PETE to focus their attentions, intentions and efforts to the sustaining of Black educational institutions through the training of black physical educators for Black communities, rather than serve bastions of diversity and social justice at White institutions.”