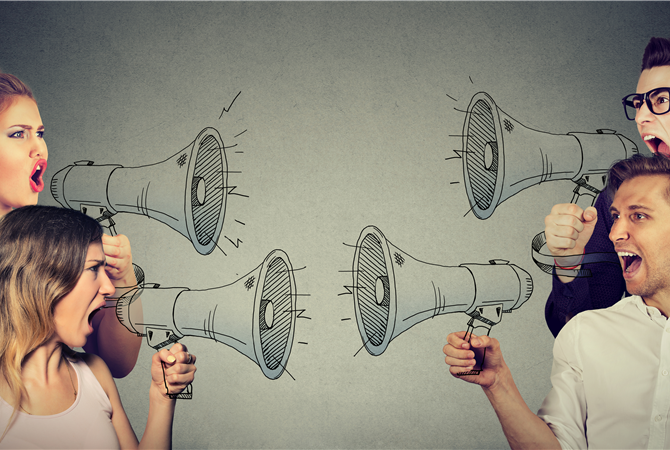 What has emerged from this series of blogs is a very real sense that new teachers are not free to simply be who they want to be. That is not to say that someone from any other walk of life is free to be what they want to be, but it does leave us to question how much of our ‘selves’ is controlled and determined by the ways in which we hope, expect and are expected to be seen. Indeed, and as this blog set out to explore, the politics of transition from non-teacher to teacher has the very real potential to either shape or reshape (or both) ‘who’ beginning teacher are and might be in the future.

Currently, and as has been extensively reported in the media and literature, there is an expectation that a particular story of physical education pervades every school and that it is told and retold across the generations. Given the evidence provided across the 11 chapters of this book perhaps we should more fully consider the different and individual stories that teachers live in their schools. Rossi and colleagues set out to capture “the differences, diversity and complexity of beginning teachers’ experiences of learning to ‘read’, navigate and influence the micropolitical reality” of schools. They do this by drawing on the contrastingly different experiences two female teachers had in their first year of employment.  Both teachers worked in large departments but while ‘Millie’ was the lone female out of five teachers in her department, ‘Sally’ was one of four female teachers in a larger department of eight. The ultimate aim of Rossi and colleagues was “to draw attention to, evoke and illustrate the complexity of beginning teachers’ micropolitical experiences and learning in the staffroom”.

Working in a department made up almost entirely of male teachers is not an easy thing to do especially as a new teacher. This is made doubly difficult when some of your staffroom colleagues are described as ‘legendary teachers’ due to their considerable length of service to both the department and the story of the department. One way of surviving the initial few weeks and months is to ‘go with the flow’ and ‘not rock the boat’. Yet in the very act of playing a role that allowed her to best fit in Millie accepted that things would be as they had always been – at least for a while. Indeed, it makes sense that Mille would wish to maintain the departmental story of physical education, she wasn’t, after all, in any sort of position to change the story of physical education told in her department.

In contrast Louis, a new but experienced teacher who had arrived at the same time as Millie but from another school, quickly positioned himself as an ‘ideas man’ prepared to voice his concerns and ideas. This blatant disrespected for the department’s history, however, resulted in Louis being omitted from conversations and ridiculed by his new colleagues.

The one person who could challenge this story told by the legendary teachers was the Head of Department, but he often chose to go with the flow himself. His refusal to put his foot down had, in many ways, a more detrimental effect on Millie’s teaching than the stories of physical education of the old guard.

Given the landscape in the department Millie was forced to play the role of a conservative teacher so she “could establish and safeguard the ‘professional’ working conditions she desired”. This meant ‘accepting’ the ideas of the ‘legendary teachers’ who, while not in formal positions of authority, were nevertheless “positioned powerfully” and “(re)produced and maintained their desired working conditions through informal non-authoritative means”. By playing the ‘newbie’ she was able to get along, unlike Louis who was afforded little respect by the rest of the department.

Sally, on the other hand, quickly found likeminded allies in her new department. Her allies/colleagues had all graduated in recent years from the same university degree programme and had the same approach to the curriculum. The other half of the department came from other universities and while they lack the curriculum focus of Sally’s allies they specialised in specific sports and created a much looser group – the ‘sport specialized’ group. Sally felt that the ‘curriculum people’ were definitely ‘the kind of people’ she was and, as a group, they connect both in and out of school.

Despite the different factions in the staffroom there was a collegiality in Sally’s school that Millie lacked. Each of the groups (‘Curriculum’ and ‘Sport Specialized’) covered different aspects of the job of the department but this also meant that everything got done. In fact, her position in the curriculum group and her association with their stories helped her frame “the possibility of what she came to know, how she positioned herself and was positioned”.

In both of these scenarios it becomes clear that “the social space of the staffrooms significantly shaped and reshaped the beginning teachers’ micropolitical learning, positioning and practices throughout their first year of teaching”. Significantly it was the stories that were allowed to be told about physical education that had the biggest impact. Where these stories were contestable then different possibilities existed.  However, when these stories were fixed, and where the interests of the powerful were the only interests that were served, then teachers had to become “micropolitically literate” in order to navigate and cope with their working conditions.

The stories of physical education that we tell through our actions and inactions, and the way we allow them to change or fight for them to remain unchanged, have significant impact on the next generation of teachers. Those in positions of power (be these formal or informal positions) are the gatekeepers of future practice and they need to be open to a debate about the possible futures of physical education. Staying the same is a conscious decision to be consistent. It is a decision not to roll with the times. It is ‘fitting in’ and ‘not rocking the boat’ but is it the way to decide the future for new teachers? I don’t think it is…do you?