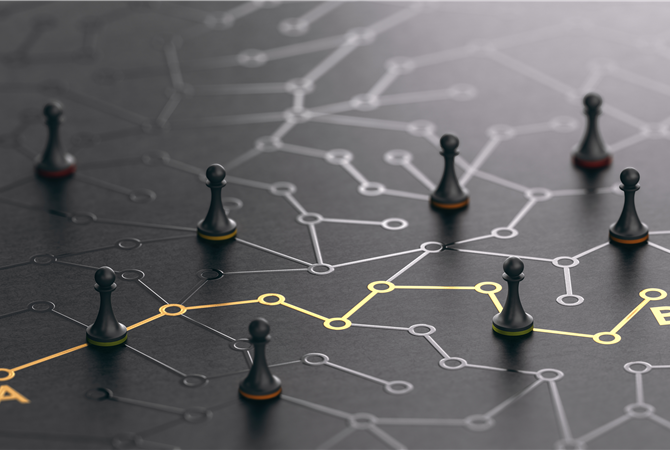 Strategy, it seems, is not left on the playing fields of physical education but is significant in departmental spaces and in the interactions that occur between departmental colleagues. “Playing the long game” or “hitting the short side” are, perhaps, not tactics that belong solely on the ‘pitch’ or ‘court’, but they also play a part in developing and maintaining “cordial relations” with significant others; others who might hold a new teacher’s future career in their hands. Putting in a good performance is no longer the domain of the athlete or actor but also fits the teacher. Perform or perish perhaps?

This blog considers how “pre-service and beginning teachers ‘perform’ their ‘selves’ within the subject department or staffroom”. Specifically, it considers how such performances come to be viewed as authentic and how new teachers safeguard their ‘selves’ within the protective cocoons they weave about themselves through these performances. By filtering their ideas and actions through the expectations of a) the subject and/or b) of the department staffroom, the participants in this study either found a way to away to be accepted or, in refusing to play along or perform, were rejected.

If we take this study as an indicator of general practice then we learn that “during their practicum experiences, pre-service teachers spent the great majority of their non-teaching time in HPE subject department offices”.  As such we can assume that these spaces are significant in terms of the social tasks that young teachers perform and the opportunities they afford for newcomers to interact and forge relationships. That said it also became clear that students had to ‘perform’ in certain, privileged discourses to be most successful. Rossi and colleagues suggested that these dominant performances were “performing valued discourses” and “performances of the body”.

Performing valued discourses: If they ‘talked’ about sport and fitness – indeed about the performance of bodies – then they were on the right lines. New teachers perceived, however, that they also needed to show (perform) certain ‘attitudes’ towards obesity and the whole obesity debate. In contrast to the critical and yet open-mined approach that students had been encouraged to adopt at university (perhaps another ‘performance’ itself but that debate is for another day) new teachers were expected to think in terms of ‘ticking time bombs’ and have certain “bodily aspirations” themselves.

Furthermore, pre-service and beginning teachers were expected to talk about ‘fat people’ in terms of “well-rehearsed” characteristics i.e. lazy, incompetent, disorganised and/or unreliable. When they aligned themselves with or performed these ideas they expressed a ‘sense of comfort’ and created a “sense of protection” for themselves from more hostile gazes.

Due to the timings of the practicum (i.e. the season of different sports) – and the dominant focus we discussed last week on traditional male sports – Rossi and colleagues suggested, “female pre-service teachers were at an immediate disadvantage. Given that it was winter and the “three main football codes” were in season the topics of conversation were dominated by these sports. This meant that new teachers (male and female alike) had to be ‘highly informed’, ‘contemporary’ and show the appropriate ‘prejudice’ with regards to the sports that were worth playing. Being able to participate in certain conversations afforded “certain pre-service and beginning teachers access to contact with key teachers (i.e. supervisors, mentors and sports coordinators) who acted as the ‘audience’ to this performance participation”.

In contrast to those who couldn’t or wouldn’t ‘perform’ in this way, and who frequently found themselves on the “periphery of the HPE community in the school”, ‘performers’ created wider opportunities for themselves. By ‘performing’ in the ‘correct’ way new teachers were invited to take advantage of social opportunities outside of school and were seen as a ‘good’ fit. One student suggested that she almost wanted to be wanted and although she lacked the ‘highly informed’ language of rugby league she created opportunities for herself by showing the right attitude – “all right, rugby, teach me”. Indeed, those participants who “lacked” the right background had to “be all the more sophisticated and required alternative strategies such as a volunteering for team manager positions and/or helping other teachers”. By developing what Rossi and colleagues called a “performance of inquiry”, and helping established teachers see a need for them, new teachers connected to the staffroom in more subtle ways.

Fitting in, no matter how they did it, was a distinct advantage. Those who felt that their ‘performances’ were misaligned or out of keeping with the social environment of department were made to feel unconformable. Some found other places in which to spend their time, but this was a high-stakes game that could have “repercussions such as social isolation, a low rating and/or limited employment opportunities.

Performances of the body: Another strong discourse in many departments revolved around “expectations regarding body form, bodily maintenance and health within the HPE profession”. For many new teachers what they noticed most was the degree of scrutiny and regulation that existed in the department. One teacher suggested that she learnt to sit in “certain ways” in an effort to camouflage her body. Rather than sit in certain comfortable chairs she stayed behind her desk so as not to be in full view. This decision put her on the periphery of staffroom conversations but allowed her to “pass muster” with regards to how she looked. New teachers reported that they needed to manage their ‘look’ i.e. how their bodies looked and how they were clothed, and that this was a constant performance while at school.

In other ways there was an expectation that new teachers had to adhere to community expectations and taken-for-granted truths that connected bodies, activity, health and values. This was conveyed through the “words, actions and organizational structures of the HPE department”. Participants felt that ‘playing along’ with the general “corporal discourses” was part of their ‘performance’ as an aspiring or new teachers and yet this is stark contrast to the underpinning principles of teacher education i.e. inclusion and acceptance of difference.

Looking the part and appearing to look like a physical education teacher allowed new teachers to consolidate their performance as being professional. Rossi and colleagues suggested that “through habits of dress style, values and historical constructions of HPE teachers were performed within the department offices in highly explicit ways”. Indeed, failing to meet the standards of dress style invariable resulted in derision and insult.

In concluding, I am left to ask if we are caught in a performance loop? Rossi and colleagues ask if pre-service and beginning teachers are involved in a performance that simply re-establishes the truths of practice in physical education. By conforming to expected practices of the departmental office are they part of a process that further entrenches the self-same practices and if so, how do we change what is understood as being acceptable?