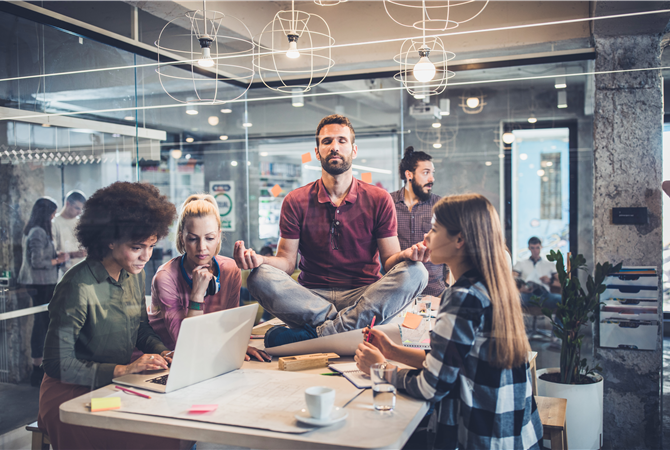 “Shows the ability to walk but has little other flair for the subject.”

As a young teacher, I was so proud of the satirical and barbed end of year report I wrote for one of my least engaged students. It was succinct, to the point, wholly accurate. It was clever and adroit and, looking back on it, shameful. I see in that single sentence a damning indictment of my teaching and the structures in the department. This student – a burley sixteen-year old chap, unshaven with shoulder length hair, a sullen disposition and a burning desire to leave school – hadn’t taken part in a single lesson of PE that year. He was beyond reproach basically because he didn’t care. It didn’t matter how many warnings he got - or detentions or letters home – he didn’t care what any of his teachers’ thought of him or what he thought of them. He was indifferent to everything and yet he understood the need to turn up at school, make each of his lessons more or less on time and not be overly disruptive. In PE that meant arriving fashionably late, without any kit and sitting on the side and watching. In other words, he set out to play the role of student but not of learner.

I wrote that end of year (end of school in his case) report in my first year of teaching properly (as a qualified teacher) in the summer of 1996. I can still remember the kid’s name and can still see him walking into my lesson (late) with his bag trailing on the floor, his shirt hanging out and his tie in disarray. He left an impression on me – orginally because of my ‘best ever’ report – but now, as a result of reading this week’s paper, because of my inability to engage with him.

Sure, I bemoaned him and exchanged sympathy and understanding with other teachers who were forced to ‘endure’ his attitude, but I did little else. I didn’t berate him, or punish him, and in the end, I became compliant in his approach to school. However, I never tried to engage him or talk to him or hold him accountable for his actions (or inactions). ‘Shows the ability to walk but shows little other flair for the subject’. Well, yes, an accurate description but what would his report of me looked like?

Something along those lines but probably summed up in a word or two – and not very polite ones.

Is that imagined report any less accurate than mine of him? I’m not sure it is and yet he was never in a position to point out my shortcomings to me. Perhaps I would have learnt a little faster or perhaps I wasn’t ready to hear what a [insert rude word of your choice] I was being.

The question is “do you accept none disruptive behaviour” as your minimum standard? I think I did – especially in this case – or do you ensure that kids are engaged? I increasingly wonder how many times “I taught it wrong” which is the diametrical opposite of “they [my students] learned it wrong”. The blame lies with me and not with them and I wonder if this is the case here:

"Shows the ability to instruct but has little other flair for the subject."

In last week’s blog Tinning talked about three potential pedagogies that might inform our practice as teachers and teacher educators – the technocratic, the critical and the postmodern. He argued that the dominant pedagogy (which he described as the trade wind against which all other pedagogies must blow) was a technocratic or performance pedagogy. This week’s paper, written more than thirty years ago, falls squarely in the technocratic camp but is no less interesting.

I think I am beginning to get a better sense of what the bigger world of physical education scholarship is about and I come to realise that there are different debates occurring (and have been occurring for as long as there have been places to publish our thoughts and research) about what good physical education is and does. What is required is a broader reading of the issues and the willingness to take on board new ideas in our pursuit of excellence. The common thread I get from all my reading is that no one wants things to stay the same and everyone is pushing for change that means kids are taught better, are more active and engaged, and have the drive, motivation and the ability to be lifelong participants in a physically active life. The key is understanding that these pushes are not all done in the same way or with the same outcomes in mind. The purpose of this blog is to open up the different discussions and hope that they challenge a reader or two to think differently about what occurs in their classrooms and gymnasia and find their own, informed means of making changes.

Tousignant and Siedentop look at the way that tasks are structured in required (what we would call in the UK core) PE lessons. They suggest that there are established “patterns for organising and implementing subject matter and non-subject matter activities”. Furthermore, they define teaching as “a continuing task of gaining and maintaining the cooperation of students in activities that fill the available time.” This might seem like a crude and one directional summary of teaching, but it does, in my experience, ring true. After all classroom and behaviour management are seen as to key foundation stones of good practice.

Drawing on a the experiences of three teachers (all of whom were described as being good managers) across 127 taught lessons, Tousignant and Siedentop found that were three main themes through which student behaviour might be considered: the way they set about accomplishing the task, the type of task that was set, and the way(s) in which they were held accountable for their actions. All of these parameters were deemed as being important, but accountability had the biggest impact on student behaviour.

Tousignant and Siedentop suggested that there were four main ways in which students were likely to behave in response to a set task. They would either (a) engage with the “task-as-stated-by-the-teacher”, (b) modify the task to suit their needs (this occurred if the task was to easy, too hard or just boring), (c) engaged in deviant off task behaviour (such as talking when instructions were being given, misuse of equipment or fighting), or (d) act as a ‘competent bystander’.

[Aside] Of all the terms to endure in the literature the last, the competent bystander, has been one of most prevalent and long-lived. A competent bystander has become synonymous with the student who plays the system so well that they look engaged without actually engaging. This is the student who stands in line but never reaches the front or has the ability in any team game to never be in a position to receive a pass. [Back to the paper]

The quickest ways of being notice were seen as (a) or (c) while the best way to ‘hideout’ in a lesson, according to Tousignant and Siedentop, was to become a bystander (d) or modify the task (b). Either of these could be seen as low-level deviant behaviour and was certainly something that the authors felt that teachers and researcher should be aware of in their work.

The second theme was based on the task system – specifically the types of task that students were expected to perform. Tousignant and Siedentop broke these down into three categories, (a) managerial, (b) instructional, and (c) transitional. Managerial tasks focused on attendance, dress and behaviour and kids who “show up, dress up, and stand up (as a member of good standing)” were seen as achieving minimal participation. Instructional task related to either motor participation (active engagement but not appropriate motor response i.e. doing something but not necessarily doing something well) or motor performance tasks (where the quality of response was significant). Finally transition tasks were focused around organising the group or setting up equipment. Tousignant and Siedentop also talked about issues of the level of the challenge (too easy led to boredom and too hard to anxiety and frustration) and task presentation (either implicit, general or explicit – where explicit led to the highest rate of on-stated task behaviour) but it is beyond the scope of this blog to discuss these.

The final theme – and the most significant – was the focus of accountability and particularly ‘teacher monitoring’. Tousignant and Siedentop found that an accountability system did not exist by itself. It had to be implemented and students needed to understand not only the task requirements from the teacher but also the consequence of accomplishment or non-accomplishment of the task. When teachers were distant and silent in their observations then they prevent misbehaviour but incited kids to ‘hideout’ in the lesson. When they were permanently ‘nearby’ teachers enforced on-stated-task behaviour with the students they could see.

Tousignant and Siedentop concluded by saying that “cooperation between teachers and students in the observed PE setting was achieved through a rather subtle and tacit process of negotiation.” They suggested that ambiguity allowed students to stretch the boundaries while active supervision helped to ensure that students appeared to engage in the appropriate behaviour. That said this paper shows that active supervision lead to less disruptive behaviour (be that hiding out or engagement with the “task-as-stated-by-the-teacher”). It says nothing of learning or development and needs to be considered alongside Judith Placek’s suggestion that teachers are happiest when their students are “busy, happy and good” [another of those enduring phrases we all wish we could coin].