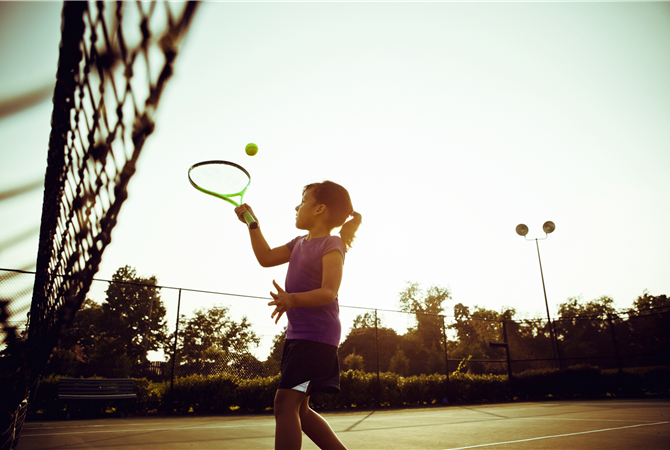 The impact of this week’s paper shouldn’t be underestimated. That said, nor should it be overestimated. The truth is we probably don’t know the full impact, but if you’ve heard of Teaching Games for Understanding or TGfU or tactical games – indeed any of the games-centred approaches that have been reported on in the literature then your knowledge might possibly be attributable to the work of Bunker and Thorpe (and those giants that came before them).

In 1982, two lecturers at Loughborough University express their discontent with the way that children experience games and the teaching of games in their lessons. When I read this paper (and others like it on models such as Cooperative Learning and Sport Education) 20 years letter it became a wheel for the vehicle of my pedagogical change. For the first time, in my eyes at least, someone had articulated what was wrong with the way that I taught. By this stage I had already come to realise that what I was doing was wrong (well at least not as good in might be) and here was a way of making changes.

Fundamentally TGfU is about putting the game and the learner first: not to be mistaken with ROB (i.e. ROtB - my favourite acronym for Rolling out the ball) or Robbing. It focuses on the game in a version (or versions) that suits the developmental stage of the learner. It involves ‘thinking’ rather than simply ‘doing’ games and it puts tactical understanding ahead of skill execution. To me the discovery of TGfU and the realisation that I could (and I believed should) teach games differently was a ‘YES!’ moment.

Unfortunately, it was a ‘NO!’ moment for some of my colleagues.

For some reasons, and in my experiences, this way of teaching games seems to challenge THE Way of teaching games so much that some baulk against its ideas. Others misconceive its aims and the way it positions and develops the learner (see robbing above). For others it presents challenges and asks us (as teachers or coaches) to reconsider and reconceptualise the way we approach games with young people.

I know for me that the model made sense and when I saw it explained to others it appeared easy. What I found hard was taking those ideas and using them with my classes and with the content I wanted to teach. It was the translation of ideas into practises that I found difficult. To overcome these difficulties, I sought help. For me I found the work around the Tactical Games Model (in the USA) invaluable but other alternatives exist (see Shane Pill’s work as just one example).

My advice to you is find help. Books exist, there is an international TGfU organisation and a Twitter feed, and there are increasing numbers of practitioners using the model. I guess the key question I asked was “now I know I can do it better how can I make that aim a reality?”

Bunker and Thorpe developed TGfU and presented their ideas based on the conclusions they drew from years of working in teacher education and observing games teaching. These ‘findings’ indicated that:

a)   Few children enjoy success in games when the emphasis is on performing (i.e. doing).

d)   Performers are coach/teacher dependent (i.e. they need to be told what decisions to make - ‘pass the ball Michelle’)

[It is important to note that in this paper Bunker and Thorpe offer no empirical evidence for these observations. That said these assertions have formed the basis of a compelling and rapidly expanding body of research in this field.]

Building on these observations Bunker and Thorpe suggest that, given the large amounts of time given to the teaching of games in PE, it is surprising that “little or no attention has been given to the ways in which they [games] are taught in schools.” While this might be considered a little disingenuous – given the work that had occurred in pedagogy prior to the publication of this paper – this paper does mark a watershed in terms of the ways in which we now consider how games teaching is done.

Fundamentally, Bunker and Thorpe challenged teachers to think beyond the traditional notion of ‘how it is done’ (i.e. the technique) and instead give serious and more sustained consideration to ‘what to do’ (decision making) and ‘when to do it’ (skill execution). Fundamentally they wanted ‘us’ to consider the ‘contextual nature of games.’ Their fundamental belief was that:

To achieve this aim they devised a model that would help teachers to help each and every child be able to participate in decision making based on tactical awareness. The model worked around six steps:

1. Game form – Bunker and Thorpe argued that while playing the adult form of the game might be the long terms aim of PE it was not often developmentally appropriate for school children. Therefore consideration of game form would help teachers to ‘introduce children to a variety of game forms in accordance with their age and experience’. Game form could be modified by changing the playing area, the numbers involved, and the equipment (for example).

2. Game appreciation – the key aim of any teaching of games is that ‘children understand the rules of the game to be played, no matter how simple they may be.’ This was key because, Bunker and Thorpe believed, rules give the game shape. For example, a wide goal makes scoring easier and harder to defend and these rules determine the ‘repertory of skills required’ and the ‘tactics employed’.

3. Tactical awareness – if students are involved in developmentally appropriate games and they have an understanding of the rules then they need to have an understanding of the tactics that might be used in the game. Ideas such as creating space and denying space must be found in order to overcome the opposition. Furthermore, tactical awareness will lead to an appreciation of personal, team and opposition strengths and weakness.

4. Decision making – while decisions take only seconds to make, they hinge on the ideas of ‘what to do’ and ‘how to do it ‘.

a. What to do?  - this decision-making question has subtly and markedly different responses depending on the continually changing situation in the game. Children therefore need to be able to recognise cues in the game and predict possible outcomes before deciding what to do.

b. How to do it? – once the ‘what’ is decided then the how decision needs to be made. Deciding the best way of doing something from the huge range of options is critical. However, this is a thinking and not a doing process.

5. Skill execution - The doing comes after the decision-making process and represents the ‘actual production of the required movement as envisaged’. This, Bunker and Thorpe held, needed to be seen in the context of the learner and recognise the learner’s limitations. It is therefore separate to performance and is developmentally appropriate rather than ‘textbook’.

6. Performance – this is the ‘observed outcome of the previous processes measured against criteria that are independent of the learner’. This is the final measure and, according to Bunker and Thorpe, ‘should be a measure of appropriateness of response as well as efficiency of technique’.

In concluding the authors stated that the sequential aspects of the model are critical. The approach starts with a game and its rules and once the scene is set for tactical awareness to be developed then the remaining elements (in turn) are considered. One of the things that has been noted about the model is it subjugates and separates skill execution and performance – the two aspects that have dominated games teaching for decades. However, the model is also cyclical.

The aim is the development of the game (and the rules and the tactics etc.) in line with the development of the child. As someone improves then so the game should be reconsidered and re-appraised so that it presents new challenges to the learner. In this way the game should always be appropriate. Yet, how many times is that possible when we start with the adult version of the game?