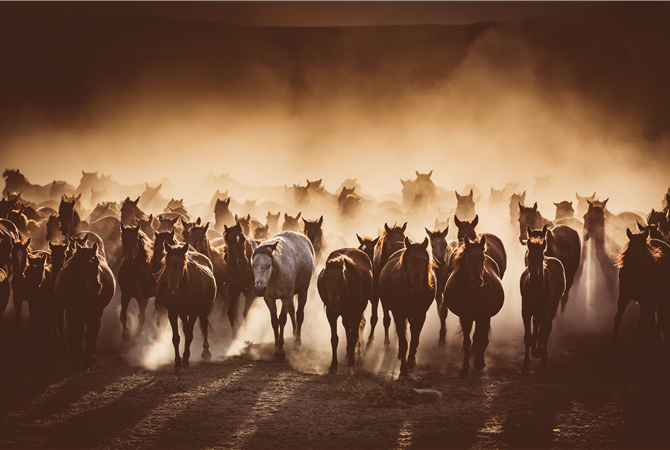 “If it ain’t broke don’t fix it is the slogan of the complacent, the arrogant, or the scared. It’s an excuse for inaction, a call to non-arms.”

This quote, to me, summons up many of the ills in education generally and in physical education specifically (at least from my perspective as a physical educator). It summarises why we have education ministers in the UK, in Australia, in fact all over the world, who are regurgitating the education of their youth and expecting it to work as ‘well’ now as it did for them then.

Many different people have argued that the similarities in schools and in education outweigh the differences. I have used the expression myself on many occasions in my writing. When I have had the privilege of walking into schools in the UK or in Sweden, when I have seen videos from Spain or photographs from Turkey and from the USA, I could literally be ‘anywhere’. The classrooms and gymnasia are the same; the kids look the same, as do the teachers; and the instruction is very familiar. This – in PE terms – is the ‘it’ I am alluding to.

But how do we know ‘it’ is ‘IT’ (so to speak) and not something else? How has ‘it’ endured for so long and spread so far and wide? ‘It’ is found beyond the confines of an individual school, district, or country. ‘It’ is a global phenomenon.

The point that Green makes is that ‘we’ (as a collective of teachers and physical educationalist) have a shared sense of ‘it’. ‘We’ are happy that ‘we’ know what ‘it’ is, and ‘we’ feel that ‘we’ could recognise ‘it’ in the street. ‘We’ are happy to maintain ‘it’. Perhaps not as individuals but almost certainly as a collective. Like the reported ‘hive’ mind of the ant or the bee ‘we’ have a hive-wide understanding of ‘it’.

It’ s impossible to know (as individuals) what is actually happening in the neighbouring school let alone in ‘a town like Alice’ (Springs). Yet I get the sense that ‘we’ have a very strong sense of the ‘it’ that might be found in another school. ‘It’ might have a different accent, or indeed a different language, but ‘it’ is very familiar.

But what does that mean to us as individuals and as a collective?

It means that we need to make a collective decision that ‘it’ is broke and that ‘it’ does need fixing. ‘We’ - not just as individuals but also as districts, organisations, and countries - need to be prepared to redefine ‘it’ and move away from a position where ‘it’ is untouchable. ‘We’ need a call to action, and ‘we’ needed to acknowledge that ‘it’ isn’t working – at least not for most of ‘our’ students. Yet this is not an easy step of acknowledging that ‘it’ even exists because ‘it’ is pervasive and resistant to change. Yes, we can do it in our classrooms, but can ‘we’ do it collectively?

Green sets out to understand the big ideas that lie behind the ‘philosophies’ and ‘beliefs’ expressed and enacted by the numerous teachers of physical education he has worked with. Fundamentally, he seeks to understand how these teachers’ notions of PE have become (and remained) quite ideological. By ideological he infers that, while the prominent concerns of teachers revolve around enjoyment, sports performance, fitness and lifelong participation, the realities of their practices don’t come close to actualising their ambitions. Indeed, Green suggests that the PE teachers he has engaged with have tended to possess “a distinctive view of PE: one that was quite particular and rather subjective as well as less serious than one might expect”. In other words, while they said that PE was a ‘valued cultural practice” they positioned sport in general and team games in particular at the heart of their doing.

In seeking to understand why teachers come to think and believe what they do about PE, and yet fail to act out these beliefs in their everyday teaching, Green sought answers to one of the enduring questions that has faced PE (indeed education) for decades. He did this by exploring the ‘bonds’ that exist between individuals and the networks of social relations that they are always and inevitably a part. Specifically, he suggests that ‘bonds’ exist between ‘composite units’ or groups of people (such as PE teachers) but that these are not necessarily, nor predominantly, face-to-face ‘bonds.’ In other words, Green argued that there is “inevitable interconnectedness of interdependent people” both in the past or present, and either recognised or unrecognised.

Developing this idea, Green suggested that these ties of interdependency constrain people to a lesser or greater extent and argued that they might usefully be viewed as multi-player, multi-level games. In such games people (in this case PE teachers) can be seen to be ‘bonded’ by their allegiance to one side or the other (in this case to traditional or non-traditional forms of PE practice). In this way the thoughts, actions, and indeed the very ideologies of teachers can be conceptualised as interdependent (depending on which side they are rooting for). Consequently (and drawing on the ideas of Bourdieu) PE teachers can be said to have engaged in the “unconscious assimilation of tastes”.

Green argues that these tastes bear the hallmarks of past as well as present experiences. Put differently, the networks of relationships (i.e. teachers, parents, coaches etc.) in which teachers have previously been involved have as much potential impact on their thoughts and practices as those in which they find themselves in the present. Therefore, the ongoing influence of the past (i.e. the values, thoughts and practices of those they hold in esteem) remains significant in the present and future – in terms of their orientation towards teaching – and shows why many are inclined towards replication.

As I’ve argued before in this blog perspective teachers do not arrive at the start of their PETE (Physical Education Teacher Education) programmes as blank slates. What they leave as is, according to Green, “a blend of more deeply seated values, beliefs and attitudes and the context in which they [find themselves] operat[ing]”. Indeed, the context in which they teach seems to have a profound effect on their practice.

Green suggested that the teachers he talked to (in the UK) felt that they were at the mercy of head teachers, heads of departments and senior colleagues; as well as the traditions of the school. If the ‘school’ did sports fixtures, then these took precedence. If they did well in these fixtures then the pressure to maintain and enhance this success was even more important. When the expectations of parents and pupils added to this mix then teachers felt they had no choice but to maintain the ‘traditions’ of the school and their subject. The historical place of sport in the school calendar (in the eyes of so many) quashed any half-baked ideology.

The questions I leave you with revolve around hope and happening. Do we hope for change but get weighed down by our inheritance? Does the desire for continuity from those in power (and from the bonded communities that stretch across the world) outweigh any desire for change? Do governments (as Green also suggested) also lend weight to the status quo –after all their histories are similar to those of our teachers? And if these questions are all answered yes...then what can we do about it? We can accept our fate, or we can change and be catalysts for change in our school, district, and/or country.