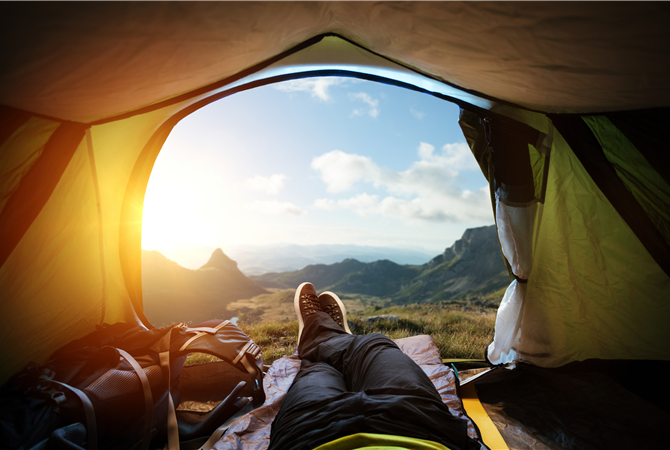 I remember reading Sir Viv Richards’s coaching book when I was doing my PhD, and then Martin Johnson’s autobiography. Both of these elite sportsmen talked about the popularity, amongst coaches, of isolating skills and looking for textbook techniques. Richards talked about the standardization of technique and the loss of flair and individuality in cricket – what some have described elsewhere as Mcdonaldization. Having a “textbook” defence was the hallmark of a great player and everyone should aspire to this ideal. Indeed, woe betide anyone who didn’t meet this gold standard. Except, that is exactly what Sir Viv was arguing for: individuality and not conformity. In contrast Johnson talked about the dislocation of an idea from the environment in which it was normally performed. He recalls, as a rugby player, running around in a three or four-foot high cage trying to practice his ball skills and hitting ruck after ruck. Why? Because a low body position was optimum when hitting any form of contact and this meant that those most prone to do this – i.e. those of Johnson’s ilk – had to practice running stooped down. It seems nonsensical now – after all speed and power are not achieved in a cramped and stooped position – but that was the cutting edge thinking at the time.

Both of these examples would be worrying in a professional environment and yet any coach who employed such tactics would have defended them; passionately I suspect. However, what is more worrying is these professional practices and ideals are too often replicated in schools and junior clubs. I am sure that at the time when Richards was writing about the need for flair in cricket, I was in front of the bedroom mirror – as a nine or ten-year-old – trying to get a ‘high elbow’ and keeping ‘bat and pad together’. Similarly, when Johnson was in his cage I recall trying out the same ideas as a schoolboy. Madness. Well…madness now but not then. My grandpa – an accomplished sportsman in his own right and a member of the MCC – knew what it took to be a good cricketer and would, I am sure, defend his instruction of me with a passion and a firm belief in what he was doing with his grandson. My PE teacher, likewise I feel, believed that he was doing the right thing and that his choice of drill was highly appropriate and who was I to argue.

Skip forwards thirty years and I am in a position to argue but I am also aware that I have done things – traditional things – in the past that I wouldn’t defend now but that I would have argued for until I was ‘blue in the face’ at the time. I kept players on the bench because I thought their contribution would only to be the detriment of the team. I drilled students in the Auckland Grid and then sent them out to play (much like the teacher in this paper did) and then become frustrated when everything fell apart and I would have defended that to observers, inspectors, and parents with a passion and a belief that was set on solid ground.

The point is not that I was wrong (which at the time I didn’t think I was) but that I believed in what I did and here lies the root of the problem. Good teaching or bad teaching is a state of mind. Learning is the key, but it hides – in many cases – behind teaching. Physical Education, as a subject, needs to change. Other people need to change but the kids learn in my classrooms…don’t they? How do I know that? Unless we can acknowledge that there are no perfect lessons because not everyone learns (and by that I don’t mean develops in the lesson but learns in the long term – days, weeks, months and years later) then we need to be careful about the claims we make about our teaching. But how do we do that?

I’m increasing drawn to the idea that we need to reconsider everything that we do and why we do it. However, I am not yet convinced as to what that is…any suggestions would be welcome, but I think it starts in my lectures and my sessions and it starts with me being brave…I just don’t yet know how.

Rovegno develops this research paper from a single case study focused on one male pre-service teacher (Ted) and, as such, is quick to point out that it is hard to generalise beyond this one case.

That said, Ted doesn’t seem to be the exception. I am not saying that he is the rule but across my two decades of experience I recognise a number of his traits in others I have worked with and taught. It is not so much his practices but his steadfast belief that he has ‘it right’. He understands knowledge and learning and while others might make suggestions no one else has the insight into his classes and his learners as he does. Ted relies on a number of ‘taken-for-granted’ truths about how kids learn, and he sticks to those regardless of the context in which he works – elementary or secondary school.

That is not to say that Ted has a singular notion of how kids learn. Rovegno suggests that Ted has two notions but that they are clearly compartmentalised. On the one hand learning skills is about learning the parts in the hope of making the whole. This form of learning is known as molecular learning and it requires the “taking in and accumulation of discrete parts and pieces. When one has mastered the pieces, one knows the whole.” Ted sees this as mastering the biomechanical movement of the expert. He positions the precise movements and positions them as the zenith, and this is what he shows his children and what he expects them to replicate – precisely.

However, his second notion of learning is holistic and is used when he explores modified or full-sided games with his classes. Rovegno defines holistic learning as “the active construction of meaning by persons, the understanding of a whole, a process that is in some essential way different from learning a series of parts or elements”: a stark contrast from Ted’s ideas around learning skills. It is, to me, a whole-part-whole approach but one that places considerable distance between the different elements and yet which places nothing in between.

While it would be easy to critique Ted’s approach to teaching this is not the purpose of the paper. Instead it is to show how ‘our’ beliefs around knowledge and learning develop and how we then come to defend them to the core. Ted didn’t – wouldn’t – recognise any anomalies in his teaching and steadfastly defended his choices. He didn’t think that his lessons were recreational (with whole class, lesson long games and tournaments) or developmentally inappropriate (with adult experts positioned as the benchmark for every skill). While many of us would resist such practices I wonder if, as Rovegno did, we wouldn’t equally defend our practices if they were called into question by another – after all what do they know? And this seems to be the root of the paper.

We ‘know’ what we are doing is right. We are experienced teachers and have, in many cases, years of experience and we are passionate and steadfast in our beliefs. But…and it is a big but…how can we be so certain that we have it right? Physical education has repeatedly been accused of being resistant to change – as a profession – but are we equally resistant to change or challenge as individuals? Ted felt that he was helping children to learn worthwhile, appropriate content. Should we consider why we believe the things that we do? Should we question our practices and ourselves…repeatedly…in an effort to be the very best that we can? Are our beliefs theoretically supportable? Can we find that support? These questions seem to be important…but do we ever take the time to ask them let alone answer them? Perhaps…we should.

Rovegno, I. (1995). Theoretical perspectives on knowledge and learning and a student teacher’s pedagogical content knowledge of dividing and sequencing subject matter. Journal of Teaching in Physical Education, 14, 284-304.