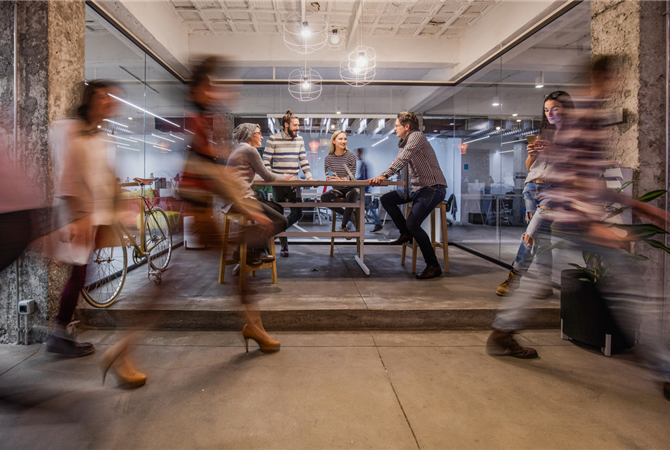 In the previous blog I explored research around the inclusion of children with special educational needs (SEN) in physical education. The blog asked if, as practitioners, we have miscalculated the differences between inclusion and integration and put our practices and programmes before our students.

This week’s blog asks if we consider the nature and purposes of PE enough in our planning and subsequent teaching. It questions whether our lessons are explicitly about the promotion of health and well-being (if that is what we believe the purposes of PE to be) or if these are ‘hoped for’ outcomes of our programmes. Essentially, do we put our money where our mouths are? Listening to conversations and presentations at the British Education Research Association's annual meeting this week, I wonder just how badly we are judging the purposes of PE.

After reading this paper I was left to consider the possibility that students can ‘talk the talk’ around the purposes of PE (i.e. they understand what their teachers think PE is meant to be and what it should achieve) but as teachers we often fail to ‘walk the walk’ when it comes to making the same purposes evident in our programmes. Therefore I ask ‘is it time that we walked the talk’? In other words, should our programmes reflect our beliefs and not the traditions of our subject?

What are your knowledge and beliefs around physical education? What is PE’s purpose? I know that over the years my knowledge and beliefs around many aspects of PE have radically changed. Perhaps as  a younger teacher I was not very good at articulating what my knowledge and beliefs about PE were? However, as I try to recall me as a 22-year-old teacher I cannot remember ever considering what PE was for. As a student it was about playing games - indeed that’s what the lesson was called - and I was good at it. When I became a teacher I wanted my students to be good at it (i.e. games) too. I didn’t consider health, and fitness was something you needed to be a better player rather than something you needed for life.

If asked what my knowledge and beliefs were - say, in my teacher training interview - I would have said "to play sport" (an answer that I would consider poorly conceived as an interviewer of prospective PE teachers now). Yet how many times was I asked as a university student or a young teacher to consider this question? It is easy to reprimand traditional practice in PE, but how many times have you been asked to weigh your beliefs about what PE is and does against what you do day-to-day in your lessons? If you had been asked, how seriously would you have considered the matter? Are we prepared as teachers to walk the talk in every lesson that we teach? If we don’t consider the complex ways in which PE is viewed and experienced by the young people it is intended for, and endeavor to match beliefs with actions, then how will ever achieve the outcomes that both teachers and students aspire to?

Smith and Parr argue that there has been some ambiguity around the nature and purposes of PE and that the subject is continually struggling to establish its academic and professional status. They further suggest that while there is a contested justification for PE in schools, the main argument for its inclusion in the curriculum traditionally revolves around the importance of sports (particularly team games) in our children’s education. Many supporters of PE-as-team-games justify its inclusion - indeed its dominance - with talk about ‘character development’ and ‘health promotion’. However, these two messages are not limited to team games and they’re often used to justify many forms of PE.

National documents and curricula are filled with hopes that all children will develop physical competence and confidence, and a positive attitude towards physical activity in which they make informed choices about their own participation. However, Smith and Parr argue that school curriculum programmes are tweaked and modified by teachers to best fit their beliefs and values, rather than the ‘talked about’ ideas in the National curriculum documents. Subsequently, there is a continued dominance of team games in many programmes. Yet the purpose of this paper is to find out what young people think and value about PE.

Previous research suggests that students see PE as a break from class, a chance to play around, and somewhere to have fun. Indeed while PE is seen as a less important lesson and a release from the academic aspects of school life, it is also valued for the social interactions it affords students. The 15 to 16 year olds in this study universally accepted that the central purpose of PE was to have a fun and enjoyable lesson in the company of friends.

Initially, these students widely held the opinion that PE played a central role in health promotion. They explained the importance of exercising and being active in PE to improve and maintain health. PE was about reducing obesity. However, when the students were asked to explain how their PE lessons allow them to lead an active and healthy life they struggled to make a concrete link between their experiences and their acceptance of commonly held perceptions and justifications for the purposes of PE. Students suggested that PE was ineffective at achieving these goals and that there simply wasn’t enough time in PE to enhance things such as their health.

In the early years of secondary school student suggested that PE was about gaining skills and game-related knowledge. Students claimed that PE was especially enjoyable when it allowed them to play games that they were good at, more so if ‘PE and sport was a central life interest and aspect of their personal identities’. However, for many students PE got more enjoyable as they got older because they got the chance to choose what they did. In contrast to other studies, where students were put off by the prevalence of team sports, these students felt that choice, less skill development, and a more laid-back and recreational approach to PE was key to their enjoyment - despite the prevalence of team games.

In some cases students reported that PE was the vehicle through which they were introduced to the sports and physical activities that they were currently involved in in their leisure time. In other cases students said that they participated in activities out of school in spite of PE. However, nearly all the students saw themselves taking part in more individualized and less competitive lifestyle activities as they got older.

Smith and Parr concluded that while students understood the central message around health and exercise used to justify PE, these were only surface level views and conceptions that were rarely backed up by daily experiences - particularly around health promotion. Such a finding needs serious consideration and a willingness to make the real ideas and ideals we hold about the nature and purpose of PE much more explicit. In other words we ned to "walk the talk".

Think about findings of the paper – do they resonate with you? Use Twitter (@DrAshcasey) to ask a question, seek clarification, may be challenge the findings. What in this paper resonates or jars with you?

Act on what you’ve read. What do you believe? Is it your responsibility to make changes or is this just something else that I’ve put on your plate? Is there action to take? If so, what might it be? What's the one thing you might do? What's your quick fix? Imagine one possibility.